By Miranda Raye on March 15, 2018
Advertisement 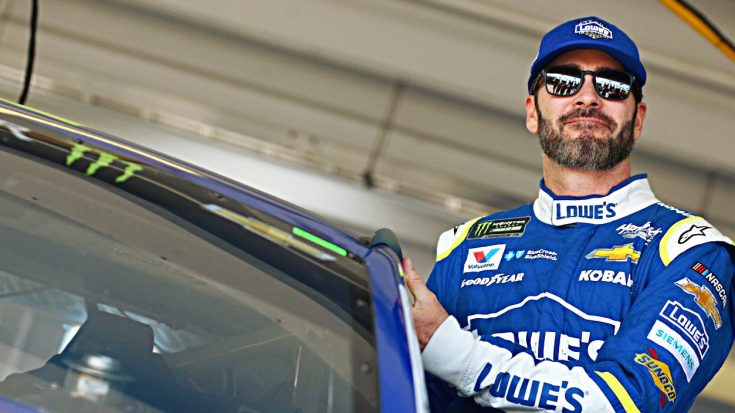 For the first time in nearly two decades, NASCAR’s Jimmie Johnson will be left without the sponsorship of one major company.

As announced on Wednesday, the home improvement store Lowe’s is ending its partnership with Johnson after 18 years of sponsoring him. Lowe’s will continue to be Johnson’s sponsor for the current season, but will not return to sponsor him in 2019.

Lowe’s first partnered with Johnson in 2001 when he was still trying to establish himself in the racing world. After being promised that Johnson would be a future star, Lowe’s decided to take the risk in sponsoring the young driver.

Eventually, Johnson became so successful that Lowe’s would have been crazy to pull its support from him. Under the Lowe’s brand, Johnson accumulated seven championships and 83 wins.

After everything they’ve been through together, why is it that Lowe’s has decided to end things with Johnson now? The company states that it’s strictly a business decision. Its chief customer officer Michael P. McDermott says they are looking at other investment opportunities:

“The No. 48 team is a valuable property and has been an integral part of building the Lowe’s brand, which makes today’s decision difficult as we now look to invest in other strategic initiatives.”

When it comes to what Johnson has to say about all of this, he admits that it isn’t easy to part ways with his longtime sponsor. He spoke of the crucial role they played in his career:

“I’ll always be grateful to Lowe’s for taking a chance on me and believing that I could win. I’m not sure where I’d be right now if they hadn’t committed to the No. 48 team. It’s hard to see them move on, but we’ve made history together and celebrated so much success on and off the track.”

Johnson didn’t just support his sponsor by displaying its name on his car. He also appeared in a number of commercials for Lowe’s, including the one below.

What do you think of this news? Are you shocked by Lowe’s decision to pull its support from Johnson?