After Being Shamed About Vacation, Jason & Brittany Aldean Reunite With Baby Memphis

By Miranda Raye on March 8, 2018
Advertisement 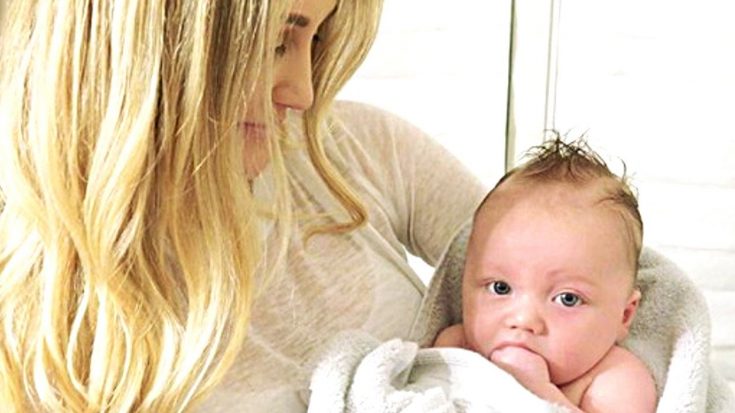 On December 1, Jason and Brittany Aldean welcomed their first child together, a baby boy they named Memphis. Since then, the cuddly little guy has been the star of his parents’ social media accounts, especially Brittany’s.

Now that Memphis is three months old, Jason and Brittany decided to enjoy a relaxing vacation together for a few days. Before they left Nashville, Brittany shared a photo of herself looking at a picture of Memphis.

“Haven’t even left Nashville and I miss him so much it hurts,” she wrote.

Haven’t even left Nashville and I miss him so much it hurts. ?

Although Brittany’s photo was sweet, it soon became the source of critique. Before long, people started shaming Brittany for going on vacation and leaving Memphis at home.

Most people felt it wasn’t right for Brittany to leave Memphis at such a young age, with one follower writing, “I agree there is nothing wrong with going on vacations without your kids, and being your own person- but when they are barely 3 mos (sic) old? Especially your first? Nah. Not Mom shaming, just facts.”

Brittany eventually had enough, and decided to respond in another post. She shared a photo of her and Jason on the beach, and addressed her critics directly.

“IT IS NOT OK to leave your ignorant comments,” she wrote. “If you don’t agree with something, PLEASE… do me a favor and unfollow me.”

Much needed vacay☀️ Just a word of wisdom for all the parent shamers… vacations are ok for new parents to take. Sometimes after being pregnant for almost a year, cooped up in a house for weeks at a time, you need a little sunshine and adult time. IT IS NOT OK to leave your ignorant comments. If you don’t agree with something, PLEASE… do me a favor and unfollow me. You will NOT be missed♥️ And for all the sweet, positive, happy people… we love you and thank you!!??

After putting all of that behind and enjoying a few days of fun in the sun, Brittany and Jason finally reunited with their baby boy.

Brittany wasted no time at all in sharing photos from their reunion, including one that shows off Memphis’ brilliant baby blues.

A day later, Brittany shared another sweet photo with Memphis. This one shows mama and son enjoying some snuggle time after Memphis got a bath.

You can tell that she’s happy to be back home with her son! Keep the cute pictures coming Brittany, because we know we’re not the only ones who get a smile from them!