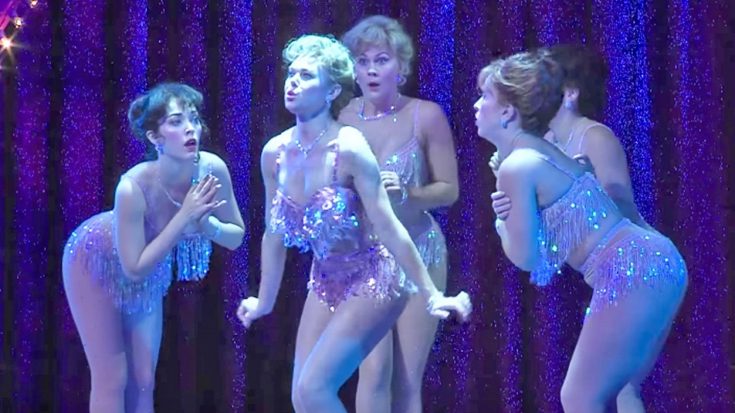 After a 10-year hiatus and undergoing open heart surgery, the talented Laura Bell Bundy is finally making her return to the stage. Fans of the Kentucky-native and former country singer can catch Bundy dancing and singing in the world premiere production of The Honeymooners.

The musical is based on the 1950s CBS TV show and tells the story of Trixie (played by Bundy), a former burlesque dancer and wife to business man Michael Mastro (Ed Norton). Bundy’s character illustrates the strife of the bored housewife, Trixie longing to be more than just her husband’s wife.

“Even though she loves her husband so much, it’s not enough for her to stay in the house and be a housewife. I think [writers Dusty Kay and Bill Nuss] felt that message resonated with women of 2017,” shared Bundy in an interview with Entertainment Tonight.

Bundy currently lives in Los Angeles with her husband, Thom Hinkle, the lovebirds tying the knot back in June. The Tony-nominated actress – whom has starred in Broadway musicals Legally Blonde and Hairspray – massive return to the stage comes after years of hardships, undergoing open heart surgery back in 2015 to repair a ventricular septal defect.

“Many thanks to the illustrious Dr. Zahn, technology & the congenital heart team at Cedars Sinai for patching up the hole in my heart yesterday. Now my engine will run more efficiently!” she wrote via Instagram.

Mission Accomplished! Many thanks to the illustrious Dr. Zahn, technology & the congenital heart team at Cedars Sinai for patching up the hole in my heart yesterday. Now my engine will run more efficiently! Appreciate all the love, support and garden of flowers from family and friends. Especially mom, dad, grandma, my prince @thomhinkle & @lhendin. I'm at home resting & catching up on #Scandal now. #lifeiswhy #goRED #anotherpieceofme

The Honeymooners is set to play at the Paper Mill Playhouse in Millburn, New Hampshire.

You can check out the preview for the star-studded production below!