After Retiring, Mike Fisher Makes Announcement No One Expected

By Miranda Raye on January 31, 2018
Advertisement 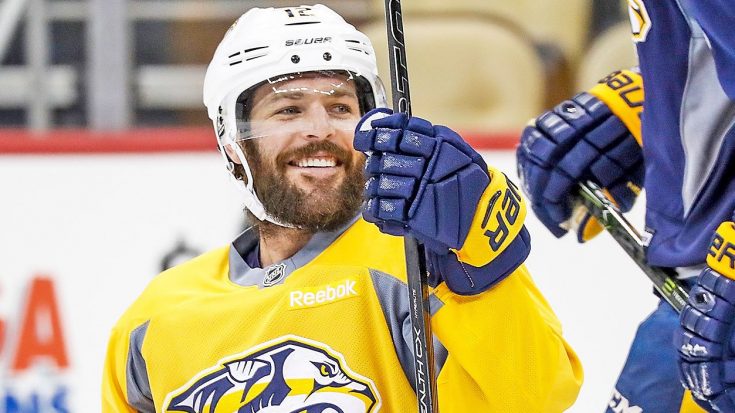 Well this is an announcement that no one saw coming!

Back in August, hockey player Mike Fisher announced his retirement from the NHL after playing for 17 seasons. A large number of those seasons were spent with the Nashville Predators, which he helped lead to the Stanley Cup finals during his last season, in which he was also the team captain.

When he retired, Fisher issued a letter to The Tennessean to explain why he made that decision. A huge factor that pushed him to retire was so he could spend more time with his wife, country superstar Carrie Underwood, and their son, Isaiah.

In the letter, Fisher called his choice to retire, “the hardest decision I’ve ever had to make.” He went on to add that he prayed for guidance over whether he should continue his career, and he felt that retirement was the best choice:

“I kept praying for peace about the next step in my life. A peace that said this is God’s will for your future. A peace that said whether or not this was the right time to walk away. I don’t believe it came in a single instance or some aha moment, but as time passed, I gradually became certain that it was right for me to retire.”

Since then, Fisher has devoted his time to doing charity work and has been building up his hunting brand, named Catchin’ Deers. Since he seemed to be taking full advantage of his retirement, no one expected the announcement he made on Wednesday (January 31).

The Tennessean was the first to report the news that after just a few months of retirement, Fisher has made the choice to return to the NHL. More specifically, he is returning to play for the Predators again.

The Predators confirmed the news on Facebook, writing, “MIKE FISHER IS BACK,” along with an article about his return.

The article shared by the Predators, which was published by the NHL, says that Fisher’s “ultimate goal is to sign a contract before the Feb. 26 trade deadline and return to game action and pursue the one thing every hockey player dreams of.“

According to the NHL, it is basically unheard of for players to return to their hockey careers after retirement. That’s why Fisher’s return to the ice is especially noteworthy.

During a press conference, Fisher spoke about his decision to come out of retirement, saying, “It’s great to be back.” He later went on to add:

While this announcement was a total surprise to us, we’re excited to see Fisher get back on the ice again! What do you think of his decision to return to playing hockey?