After Taking Semester Off, Jase and Missy Reveal Where Youngest Son Will Attend College 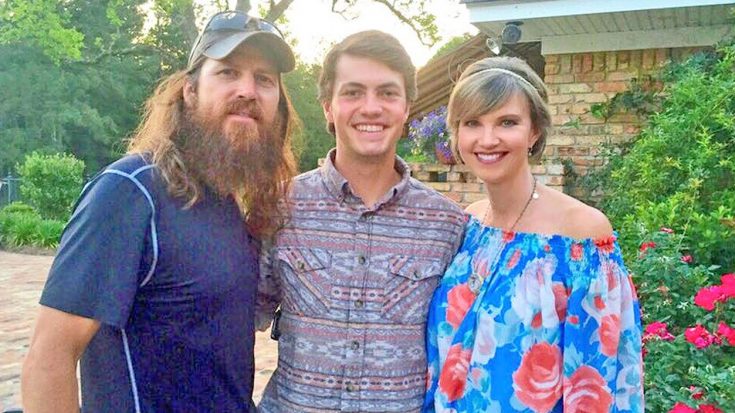 Last June, Jase and Missy Robertson celebrated the high school graduation of their youngest son, Cole. He and his cousin, Sadie, were in the same grade, so lots of Robertsons were present to watch them receive their diplomas.

In a surprising turn of events, even though they traveled around the country looking at colleges, both Cole and Sadie revealed they would be the only seniors in their class not going to college in the Fall.

Instead, they embarked on a 17-city speaking tour with their brothers and sisters to spread the word of God. In a blog from Missy before the tour began, she wrote about how proud she was of her son for deciding to tour.

“Yes, they are the only ones out of 60 graduates not starting college right away. Instead they have decided…to suspend their education in order to try to influence as many young people across the nation to be original in this world and live as God intended us to live—holy and pleasing to Him,” she wrote.

On December 4th, Cole’s birthday, Missy wrote a sweet birthday message to her youngest son and also revealed his plans for the future.

“Happy Birthday AND Congratulations to this kid of ours! Cole is 19 today and headed to Pepperdine University in January.”

Pepperdine University is a private Christian college located in Malibu, California. In the post, she did not reveal what he will be studying, but Pepperdine is famous for its law and business programs.

Congrats, Cole! Watch him help his dad and uncles take down one of their arch rivals in dodgeball below.