By Jennifer Pernicano on June 9, 2017
Advertisement 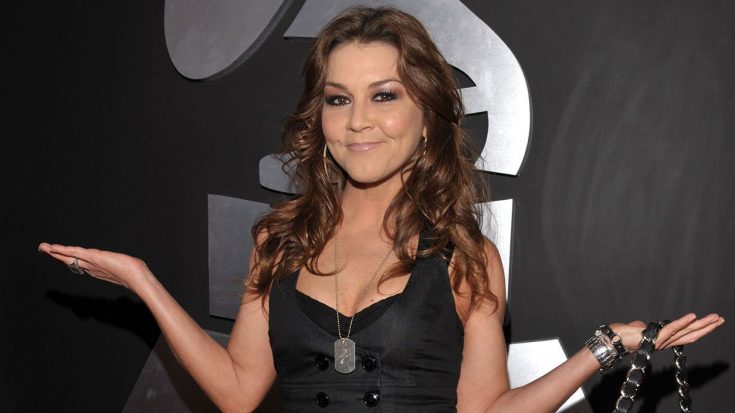 The “Redneck Woman” is back and ready to get “Rowdy”!

Over six months ago, Gretchen Wilson released her first single in three years, “Rowdy”, to get fans excited for a future album. At the time, she was still writing music, but now, she’s ready to release it to the world!

The album, titled Ready To Get ROWDY, will be available on June 16 and is available for pre-order now. Although this is new music, Wilson promises she’s the same country girl we fell in love with in 2003.

“Listening to this record in its entirety will make you believe good ol’ Country Music hasn’t gone anywhere,” Wilson said in a press release. “These 12 songs are as ‘Gretchen Wilson’ as I get. The Redneck is back!”

Along with releasing a new album, Wilson will be touring to promote it beginning at the Carolina Country Fest on June 11. According to a press release, “the tour will take [her] from Florida to Michigan and from New York to California over the next three months.“

She will be be joined on the road by rising country singer Jessie G and The Loving Mary Band, who previously backed Steven Tyler on his first solo tour. Find out if she will be hitting a city near you by checking out her Facebook page!

To pre-order Ready To Get ROWDY, click here, and to get you excited for the album, and the tour, listen to hear lead-off single, “Rowdy” below.