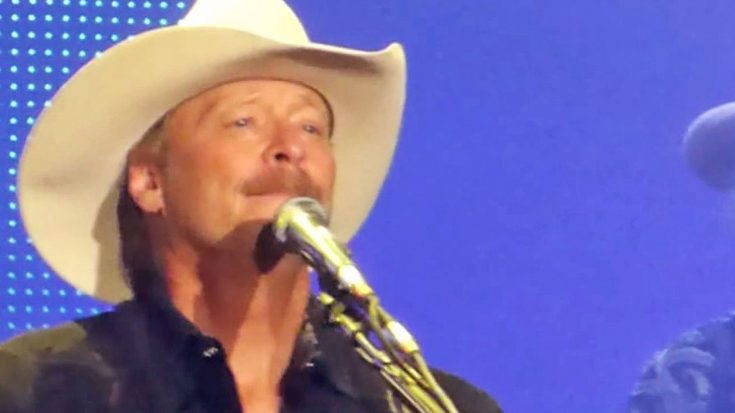 Country superstar Alan Jackson is grieving the loss of his mother, Mrs. Ruth Jackson. Mrs. Jackson was best known to country fans around the world as Mama Ruth. According to a statement from Alan Jackson’s publicist, Mama Ruth died Saturday morning (January 7) at her home in Newnan, Georgia. She was 86. Born April 2, 1930 in Lowell, Georgia, Mama Ruth married the love of her life, Joseph Eugene “Daddy Gene” Jackson, in 1946 when she was only 16 years old. Their couple was blessed with five children – daughters Diane, Cathy, Carol, Connie and son Alan. Mama Ruth is survived by her children as well as 12 grandchildren and 9 great-grandchildren. Her beloved husband Eugene passed 17 years ago, in January of 2000.

Mama Ruth inspired many of her son’s hit songs and memories of his childhood played a vital role in many of his songs over the years. It was Mama Ruth who inspired Jackson’s Precious Memories, a collection of gospel hymns that was originally created as a Mother’s Day gift to her with no intention of ever being made into a commercial release. Jackson’s second Christmas album, Let It Be Christmas, was also inspired by Mama Ruth’s desire and request to hear her son record some of the holiday’s traditional classics. Alan also told the story of his parents’ early years as a couple in “Home,” describing their house built around an old tool shed…the place Mama Ruth called home for 70 years until the day she died.

“My mama raised five children – four girls, and there was me.

She found her strength in faith in God and a love of family.

She never had a social life; home was all she knew

Except the time she took a job to pay a bill or two.”

(Lyrics from “Home,” by Alan Jackson)

Jackson’s frequent references to her and her occasional appearance at awards shows and events made Mama Ruth a beloved figure to Jackson’s fans. It was a role she embraced, greeting those who frequently sought out her son’s childhood home, inviting them to take a photo on the front porch or offering them a glass of iced tea as she would any guest in her home.

Our prayers are with the Jackson family.