Alicia Takes A Crack At Blake’s Wins: ‘This Game Must Be Rigged’ 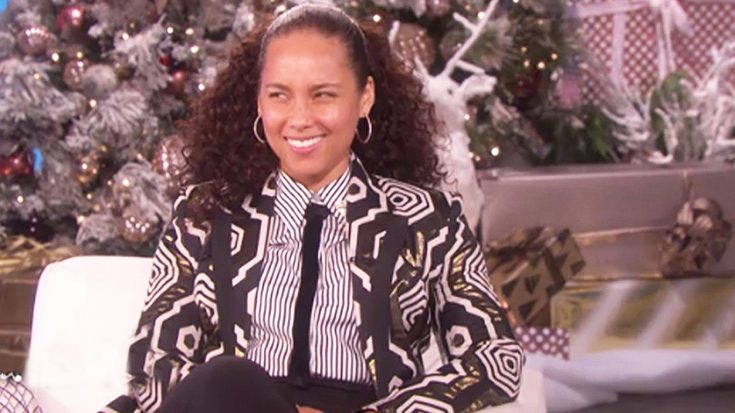 After a riveting season of yet another Voice competition, coach Alicia Keys sat down with television personality Ellen DeGeneres to dish on the recently endured season and, of course, the reigning champion coach Blake Shelton. Keys spoke highly of her final contestant Wé McDonald, expressing to DeGeneres how ecstatic the competitor was when she caught wind that the host was praising her previous performance.

The conversation quickly transitioned to Shelton, who has snagged yet another win! “I’m very happy for Sundance, [but] a little pissed off at Blake,” Keys admitted. The audience laughed as DeGeneres asked the singer why she was channeling her Shelton rant, as the singer responded, “I’m just sick of Blake. Apparently he just thinks he’s “Mister I Win All of This. I told him, ‘This game must be rigged!’“ Keys was smiling as she expressed her longing for another coach to start winning the game so Shelton can be relieved of his title labeling him with the most wins!

“Blake is over there paying somebody,” the singer joked. She went on to describe opposing coach Adam Levine‘s off screen obsession with winning, explaining, “He was extremely confident, Adam. He even texted me Voice notes like ‘I feel so incredibly strong about my team.’ I was like, ‘I don’t care!’”

Of course, Keys’ comment were all in good fun as she excitedly revealed her return to the next season of the competition. ﻿Let’s hope she kicks some serious butt!

Check out the sassy interview below!