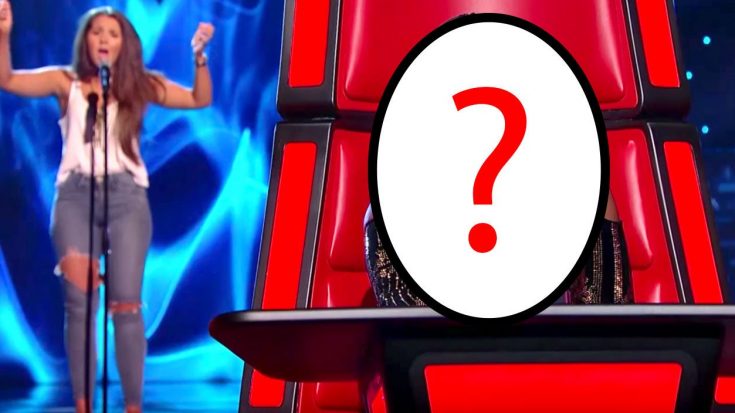 One of the most powerful voices on the planet is taking one of the big red chairs on the next season of NBC’s hit singing competition, The Voice.

Following several months of rumors and speculation, executives at NBC have decided to finally confirm who will be coaching America’s newest talent on the 13th season of The Voice.

Revealed before the 12th season started filming, Miley Cyrus was already announced as one of the coaches, but the three other chairs remained empty. Blake Shelton even once hinted that he was ‘done with entertainment’ during a red carpet interview with Alicia Keys.

Both Keys and Shelton’s girlfriend, Gwen Stefani, had shared that they were not returning to the show for the fall season, so that only left one surefire person sitting next to Cyrus: Adam Levine.

Having joined the ranks of iconic American Idol superstars like Carrie Underwood and Kelly Clarkson, this Grammy-winning singer has built a chart-topping career in music after placing as a finalist in one of the most shocking ‘Idol’ eliminations ever to happen.

Taking to Twitter, Jennifer Hudson confirmed she was taking one of the big red chairs and also announced that everyone’s favorite, Blake Shelton, would be sitting next to her!

Let’s do this #TeamJHud!! See you in the fall @adamlevine @MileyCyrus & @blakeshelton! #TheVoice pic.twitter.com/QYs3IazxGD

So, officially announcing the four coaches for the upcoming 13th season, The Voice retweeted Hudson’s announcement to very much fanfare!

You might be shocked to know that this won’t actually be her first time appearing on The Voice! Just earlier this year, Hudson made her debut on The Voice UK and won her very first season as a coach!

We think she will be a great addition to the team and she’s surely gonna crank up the competition!

Watch a clip below of Jennifer Hudson helping out a girl after her blind audition – and before she even was her coach!