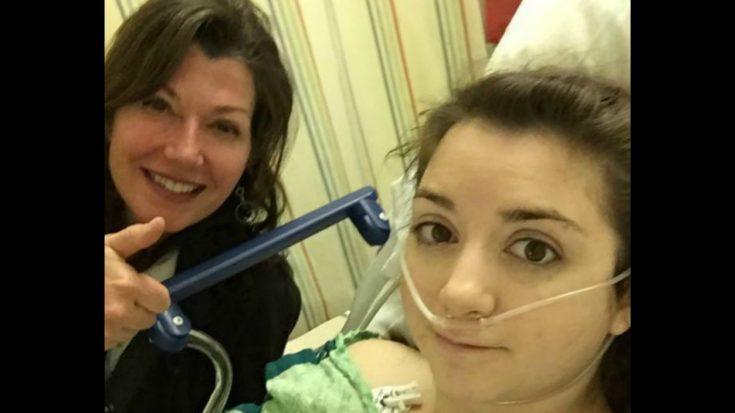 Millie Chapman, daughter of singers Amy Grant and Gary Chapman, recently donated a kidney to her life-long friend, Kathryn Dudley. The procedure took place at the end of January and granted the family an unexpected blessing.

Millie inspired her mom’s 1991 hit song “Baby Bay,” just 8 years before her parents would go through a very publicized divorce. Grant would go on to marry country superstar Vince Gill in 2000. Chapman remarried in 2008.

In a new interview with the Tennessean, Grant reveals that Millie’s self-less decision to give her friend life also resulted in the healing of a near-20 year rift caused by the divorce.

Grant told the Tennesseean’s Cindy Watts that she and Gill, sitting knee-to-knee in the hospital waiting room with ex-husband Chapman and his wife Cassie brought much needed healing.

“In the wake of a loving gift, we all came together to do our hospital vigil and it was a lot of waiting, but so much joy,” Grant said. “It’s been unbelievable, sitting around talking, looking at old family pictures.”

Grant recalled watching her husband and her ex-husband walk to the door, Gill’s arm on Chapman’s back. When her ex-husband commented that he and his wife would like to see Gill play in concert, the singer offered to save them a table.

“The older generation is going, ‘Would you have done this?’” Grant recalls. “I just feel so grateful for her generosity of spirit. It has healed so many things.”

To read more about Millie Chapman’s decision to be a donor and to see an interview with her and Kathryn Dudley, click here.