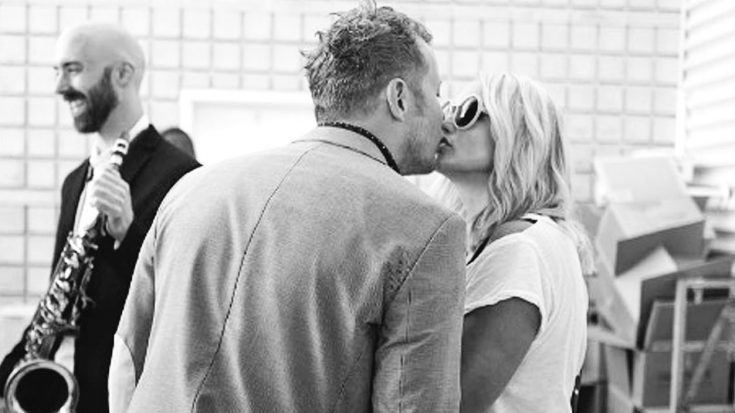 Miranda Lambert received thousands of well-wishes for her 33rd birthday on Thursday (November 10). But out of all of the messages, the sweetest one came from her boyfriend, Anderson East.

This is the first birthday Lambert has celebrated with East since the two became a couple. Rumors about their relationship started to circle at the end of 2015. On New Year’s Day, Lambert confirmed their relationship by posting a snuggly photo of them on Instagram.

Although the couple has shared occasional snapshots together since then, they try to keep their personal lives private. But when Lambert’s birthday rolled around, East couldn’t hide how much he cares about her.

In the photo East posted, he and Lambert were standing close together with their arms wrapped around each other’s waists. Each one of them wore a rain poncho, sunglasses, and a bright smile, while Lambert clasped a sparkly tumbler in her hand.

If you thought the picture East shared was cute, just wait until you read the message he wrote for her. Keeping it short and sweet, East wished her a happy birthday and spoke about their future together.

“Happiest of birthdays to this beautiful Texan!” he wrote. “I’ll celebrate you today and everyday ahead.“

Happiest of birthdays to this beautiful Texan! I’ll celebrate you today and everyday ahead. ❤️

How sweet is that? We hope Lambert enjoys her birthday with East and all of her loved ones.

Lambert has a big birthday present waiting for her on November 18…her upcoming studio album The Weight of These Wings. She’s been previewing some of the tracks on the album, including the recently-released “Highway Vagabond.” Go ahead and listen to that song below.

Happy Birthday to Lambert! Send her your wishes in the comments.