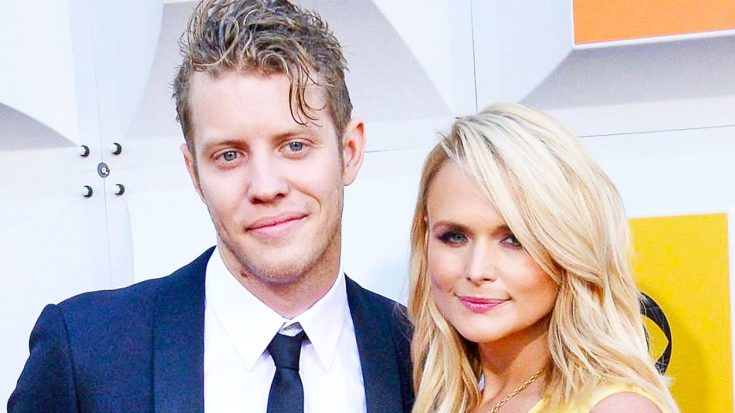 The day that Miranda Lambert‘s fans have been waiting for is finally here! Her first album in two years, called The Weight of These Wings, is finally available after months of fan anticipation.

Lambert first introduced us to the content on The Weight of These Wings when she released its debut single, “Vice,” on July 18. The single was a smash hit, increasing the hype surrounding Lambert’s still-nameless album at the time.

Bit by bit, Lambert revealed the title, cover art, and tracklist of The Weight of These Wings. She dropped a major bombshell when she announced that it would contain a total of two discs and 24 songs.

A wealth of talented songwriters are featured on the album, including one special person in Lambert’s life…her boyfriend, Anderson East.

East is also a musician, though he leans toward the rhytmn and blues side of the spectrum. He helped Lambert pen two songs on The Weight of These Wings, one called “Getaway Driver” and the other called “Well-Rested.” East also joins Lambert for a duet on the album, called “Pushin’ Time.”

When Lambert’s album finally hit the shelves, East had a lot of love to show for his sweetheart. He shared an image of the album’s cover art on Facebook and wrote a short message to show how proud he is her.

We know one person who definitely went out and bought a copy of The Weight of These Wings! We’re sure many others will rush to get their own copy of the album, especially after hearing songs like the recently-released “We Should Be Friends.”

Lambert revealed through a video on her Facebook that “We Should Be Friends” will be the album’s next single. Go ahead and listen to it below!