Another Baby On The Way For This ‘Voice’ Winner

By Jennifer Pernicano on July 25, 2017
Advertisement 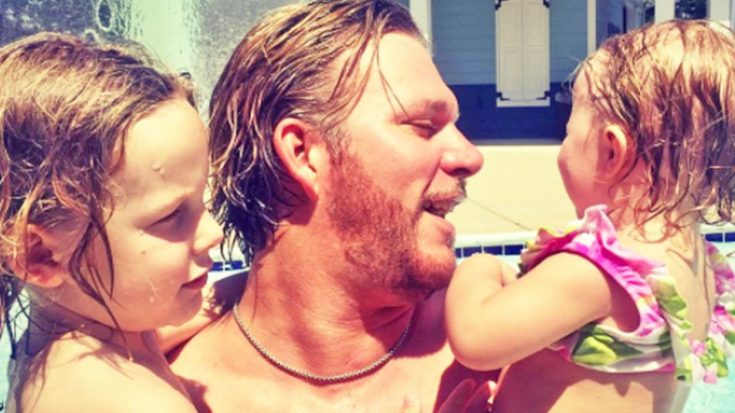 Season 7’s champion of The Voice is expanding his family – again!

The world fell in love with country crooner Craig Wayne Boyd during 2014’s fall season of the beloved singing competition show, and since then, he’s made some serious strides in his personal life.

Already dad to a son, Jaxon, Boyd and his wife, Taylor, welcomed a daughter, Dakota Lynne on December 31, 2015, which is also Boyd’s birthday.

“It was the best birthday present I could have ever received,” he said after Dakota was born. Four months later, Boyd and Taylor tied the knot in Nashville.

Now 18 months old, Dakota has quite the personality and is about to take on a new role as big sister.

Boyd and his family participated in a super cute photoshoot to announce they are expecting another baby boy in January 2018! In the photo announcement, Jaxon has seemed to tie up his parents, with Dakota’s help, and they are all standing next to a sign the reads, “We will soon be #OutNumbered #Baby Boyd.”

“Taylor and I are thrilled about the arrival of our new #BabyBoyd! We’re so blessed,” Boyd told PEOPLE. “I think my son is more excited that it’s not another sister!”

Besides growing his family, Boyd has been busy in the studio recording his debut album, Top Shelf, which will be released on October 27.

Congratulations to the Boyd family! Watch his Blind Audition for The Voice below.