Are Any Of Uncle Si’s Outrageous Stories True? 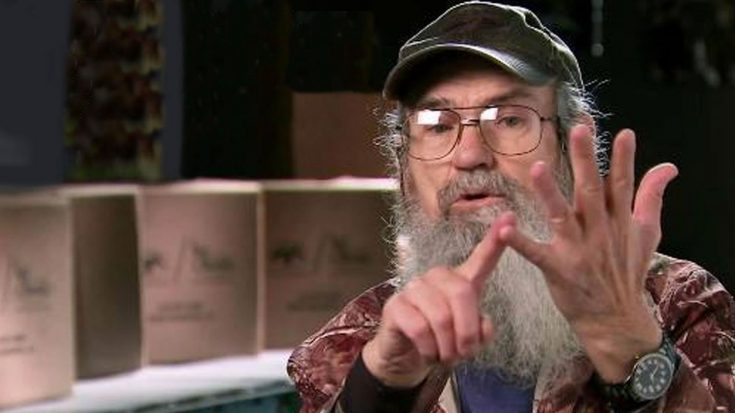 Any fan of Duck Dynasty knows that one of Uncle Si’s quirks is his storytelling ability. He takes about a million years to tell just one story and most of the time, it makes no sense!

A lot of times, his family never really believes what he says because of how crazy it is, but he will always claim that his stories are “95% truthful”!

Jase once said, “His stories are based on true stories. They’re not entirely true.”

Apparently Jase and the rest of the Duck Dynasty guys had about enough of these crazy stories and put Uncle Si to the ultimate test. They hooked him up to a lie detector.

The man administering the test asked Si, “Did someone steal your tires while the vehicle was moving?”

“That would be affirmative,” Si said, with conviction.

“That’s about as big a lie I’ve seen in a long time!” the man said.

The entire room burst into laughter, as Si was defending himself, asking the man how much his friends paid him!

Since that was a lie, is there any way we can trust any story Uncle Si has told in the past? So, are any of Si’s stories actually true? Probably not, but we still love them, anyway!

Watch the hilarious clip below.

"It's one thing I learned from watching movies. You don't ever trust the machines." #DuckDynasty pic.twitter.com/vNRKsZ3CfZ