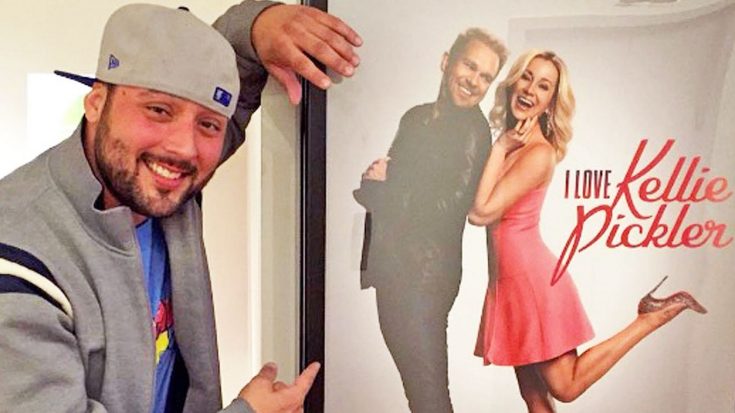 Fans have had the oppertunity to get to know country sweetheart Kellie Picker through her reality show with CMT, I Love Kellie Pickler. The show follows Pickler and her husband, Kyle Jacobs, through their lives and sometimes unusual adventures.

One of the former stars of the show was Daylan Honeycutt, who was a close friend to the couple. However, Honeycutt did not return for the show’s second season.

Following his arrest, it was revealed that Honeycutt would not appear on the second season of I Love Kellie Pickler. He is no longer named as cast member on the CMT website.

Now, Honeycutt has run into trouble with the law once again. The Stanly News & Press reports that warrants have been filed for his arrest after he allegedly crashed his car into a soybean field on Sunday (December 4) morning.

North Carolina Highway Patrol trooper A.C. Mc Lester said that Honeycutt ran off of the right shoulder of the road before he hit a ditch and overturned in the soybean field. A deer hunter gave Honeycutt a ride away from the scene, where McLester said they found a container of alcohol.

McLester attempted to find Honeycutt following the crash, but was unable to do so. Honeycutt got in contact with McLester later in the day, but refused to give him a statement, saying his lawyer advised him not to.

After interviewing the hunter that gave Honeycutt a ride, McLester was able obtain the necessary warrants for Honeycutt’s arrest. He is now facing charges of failing to report an accident by the quickest means, possession of an open container, and exceeding a safe speed.

You can watch Honeycutt, Pickler, and Jacobs during happier times in the clip below.