By Miranda Raye on August 16, 2016
Advertisement 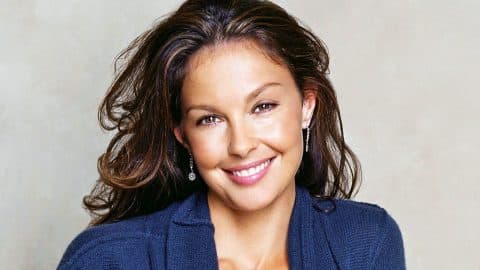 While her mother Naomi and sister Wynonna chose to follow a career in country music, Ashley Judd picked a different path…acting. Over the course of her career, Judd has starred in dozens of films and television series, with some of the most notable being Double Jeopardy, Dolphin Tale, and Divergent.

Judd’s acting career has been enhanced by her many award nominations, including a Primetime Emmy Award for Outstanding Lead Actress in a Miniseries or a Movie for Missing and a Golden Globe for Best Actress – Motion Picture Musical or Comedy for De-Lovely.

Before Judd dove into her acting career, she attended college at the University of Kentucky, where she majored in French with minors in anthropology, art history, theater, and women’s studies. She even spent a semester studying abroad in France to complete requirements for her major.

But although Judd had 27 more credits than she needed to complete her degree, she thought for years that she was a class short. She learned the truth in 2007, when she realized all she had to do to graduate was “sign a piece of paper.” Judd was presented with her diploma during an appearance on the Ellen DeGeneres Show that year.

Judd was later went on to earn her Mid-Career Master of Public Administration degree from the John F. Kennedy School of Government at Harvard University in 2009. Now, in a surprising career move, Judd has decided to further her education by going for a PhD.

Through a question and answer session in a Facebook Live video on Monday (August 15), Judd announced that she is now enrolled at the University of California, Berkeley, where she will begin classes in the fall. She is aiming toward a PhD in public policy, and expressed her excitement over this new stage of her life.

“Sometimes I’m really excited, sometimes I’m like ‘What have I gotten myself into?‘” she said. “I’m very esteemed and honored that they accepted me.”

You can listen to Judd talk more about her upcoming academic journey in the clip below. We’re excited for her and this new phase of her life!