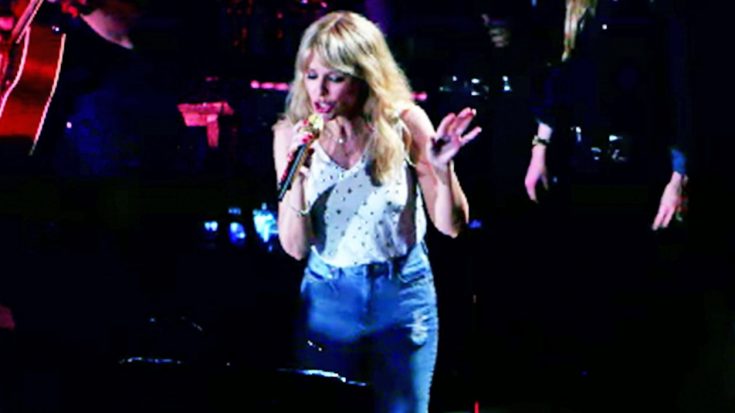 While promoting her newest album, Golden, the fan-favorite singer hosted an exclusive concert for fans and paid tribute to two country legends. Although her pop-sound doesn’t seem like a perfect match for this classic country tune, she is.

Her fans cheered after hearing the first few guitar strums on “Islands in the Stream,” and she impressed them even more with her performance. With one of her guitar players singing Kenny Rogers’ part, Minogue fully embraced her inner Dolly Parton to sing her soprano parts – and nailed them!

Minogue is known internationally and has been performing since 1979, releasing 14 albums and headlining almost 20 tours. Some of her hits from over the years include “I Should Be So Lucky,” “Love At First Sight,” and “Spinning Around.” She also acted in the successful Australian soap opera Neighbours from 1986-1988 and was nominated for several awards.

Golden is Minogue’s first non-Christmas album since 2014’s Kiss Me Once, so fans have been waiting patiently for new music and because it’s finally here, they’re ecstatic if she sings anything, but they sounded truly impressed with her country cover. After singing the final note, and during the musical outro, the crowd went wild for her unique rendition of the classic song.

Watch Minogue’s version of “Islands In The Stream” below.