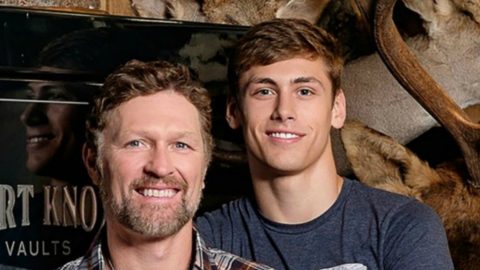 Jerry Greer, son of country singer Craig Morgan and his wife Karen, died on Kentucky Lake in Tennessee on July 11. Autopsy results for Greer were released today and confirmed that the cause of his death was drowning.

The 19-year old’s death was ruled accidental and a toxicology report shows that Greer tested positive for marijuana and a low level of alcohol at the time of his death.

Assistant medical examiner for Humphreys County, Erin Carney, wrote that Greer disappeared in the water after the inner tube he was riding flipped around 4 p.m. July 10. He was wearing a life jacket but never surfaced. His body was recovered the following night around 9 p.m.

Greer had just graduated from Dickson County High School in May and planned to attend Marshall University in Huntington, West Virginia, in the fall.

Greer was one of four children born to Craig Morgan and Karen Greer. Craig Morgan is the host of Craig Morgan All Access Outdoors on the Outdoor Channel. Jerry sometimes traveled with his famous dad to filming locations around the world.