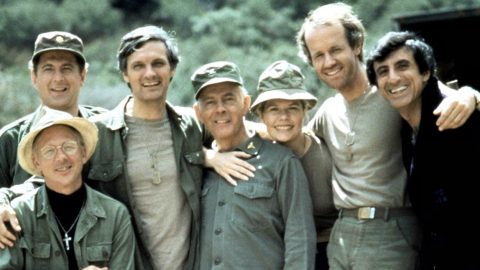 Christopher is best known for his role as Father Mulcahy on the classic sitcom M.A.S.H. He started his acting career on stage in the 1950’s before becoming a star of film and television. Over the course of his career he had guest roles on shows such as The Andy Griffith Show, The Patty Duke Show, and The Men From Shiloh. He also had recurring roles in Gomer Pyle, U.S.M.C. and Hogan’s Heroes.

In 1972, the actor landed what would become his most famous role, M.A.S.H.’s Father Mulcahy, a role that would carry him through all 11 seasons of the show. Christopher is also known as an advocate for people with autism because of his son, Ned. He devoted much of his time bringing attention to the National Autistic Society and doing public service announcements for the cause.

In 1985, he and his wife Barbara wrote Mixed Blessings, a book about their experiences raising Ned.

Our deepest condolences to the Christopher family.