By Tiffany Smithson Aaron on May 13, 2017
Advertisement 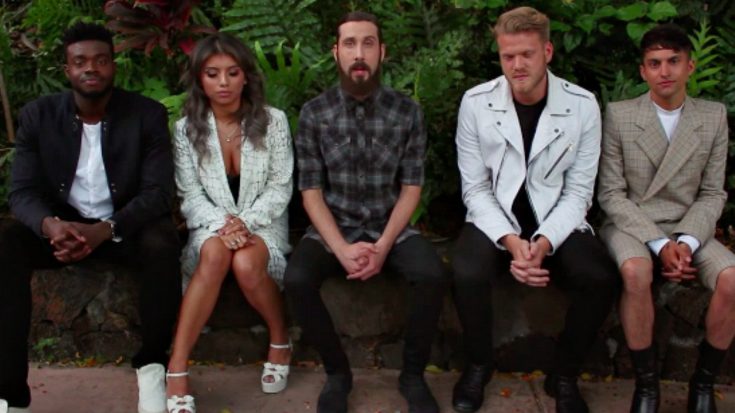 One of the most successful and beloved a cappella vocal groups of all time has announced a major change to their group’s lineup.

In an emotional video, bass singer Avi Kaplan announced that he will be leaving Pentatonix after six years with the Grammy Award winning group. In the video, while surrounded by other members of the group, Kaplan explained that a huge part of Pentatonix’s success can be attributed to the extremely fast pace that the group keeps.

“Throughout my career with Pentatonix that pace has always been a really big struggle for me. It’s been extremely hard for me to not be able to see my family or friends when I need to or when they need to see me,” Kaplan explains. “It’s been really hard for me not to be able to just escape to nature when I’m overwhelmed or when I just need time for myself.”

The vocalist also expressed how blessed he feels to have been a part of the lives of his fans. He also wished the remaining members of Pentatonix well.

Pentatonix, winners of season 3 of NBC’s “The Sing-Off,” most recently won their thir Grammy Award for their collaboration with country mega star Dolly Parton on her hit song “Jolene.”

We wish Avi Kaplan well and look forward to hearing more from him and from Pentatonix in the future.