Beloved NASCAR Driver To Step Away From Racing Indefinitely 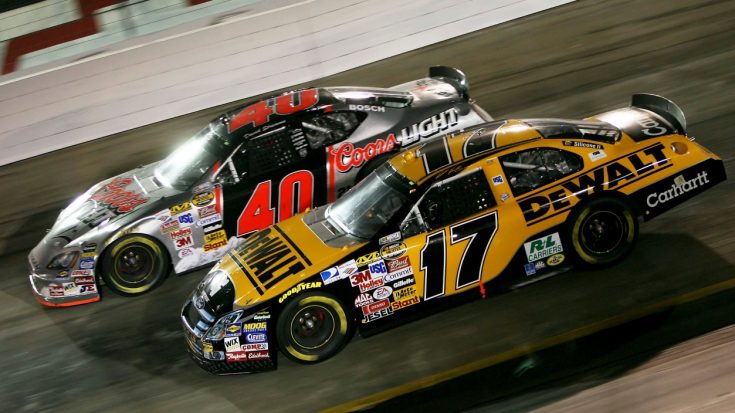 NASCAR veteran Matt Kenseth announced Saturday at Texas Motor Speedway that after 18 seasons, he is taking a break from racing.

The 45-year old didn’t call his break retirement, but said that he intends to take time off in 2018 to spend time with his family.

“I don’t know if I’d necessarily call it an announcement,” Kenseth said after final practice for Sunday’s AAA Texas 500. “I’m not looking at anything for 2018, the retirement word doesn’t really make a lot of sense in this sport really because you don’t officially retire and get a pension.

“Mostly, that’s for people like Junior, when you have to fill a seat and find a sponsor. For me it’s different, I didn’t really have that option.”

Kenseth’s longtime friend Dale Earnhardt Jr. announced earlier this year that he will be stepping away from full-time competition after the season finale in two weeks. The two first raced together in the late ’90s when Kenseth finished runner-up to Earnhardt in the XFINITY Series in 1998 and third place to him in 1999.

Kenseth said he had no plans after this race season besides awaiting the arrival of his fifth child.

“I’m just going to take some time off, whatever that means, take a year or two … or three months, four months,” Kenseth said. “You never really know what happens. Something could come up that makes me excited and looks like a fit and I’m not going to rule that out.

Kenseth added that his decision to step away next year is something he decided recently.

“Obviously it’s not a situation I want to be in because I don’t really feel like I’m ready to retire or step away,” Kenseth said. “In other ways, I do. It’s been a really really long and frustrating season on a lot of levels.

“With the way everything ended up, I’m just going to take some time for me and my family.”