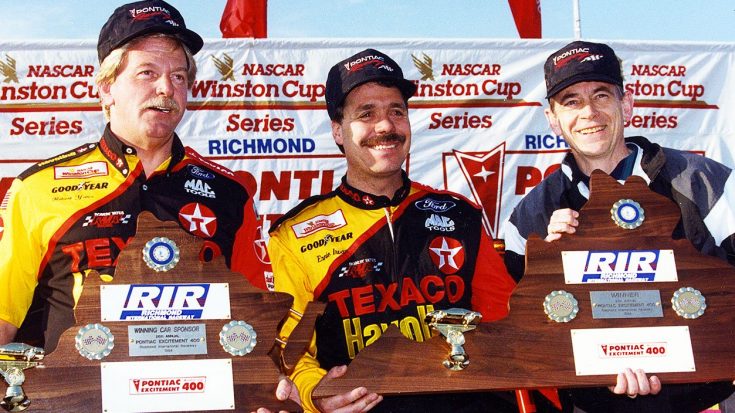 Just a year after he revealed to the world that he was battling one of the most devastating types of cancer, racing and engine-building legend Robert Yates has passed away.

In a social media post by his son, Doug Yates, his death was confirmed and shared with a beautiful video of Doug remembering his father and all the amazing things he had accomplished in his life.

One of the best-known names in NASCAR history, Robert Yates certainly earned the respect and admiration of thousands in the industry, leaving behind him a legacy that has positively impacted so many.

Back in October 2016, Yates opened up to The Charlotte Observer about his battle with liver cancer – a type called cholangiocarcinoma. He had been scheduled to undergo a surgery the following spring that was supposed to do wonders for him, according to doctors.

“So many people have cancer, so I’m always reminded that I’m not by myself,” Yates said. “But a friend asked me recently how tough having cancer was. You know what I told him? It’s tougher than winning the Daytona 500.”

Earlier in 2017, Yates was announced as one of the 2018 NASCAR Hall of Fame inductees and even though he was suffering the effects of his battle, he made the trek to hear his name announced at the event.

Yates lead a career that spanned many decades across various aspects of the racing industry and at one point was a team owner, later moving into engine building where he pioneered some of the best engines tracks have ever seen.

In his post, Yates’ son thanks friends, fans, and family for all their love and support during his battle.

“My Dad and Hero, Robert Yates, has passed and is with the Lord. Thanks for all the prayers and support.”

Our thoughts and prayers are with the Yates family during this very difficult time.

Take a moment to watch the video Doug shared honoring his father below.

My Dad and Hero, Robert Yates, has passed and is with the Lord. Thanks for all the prayers and support. pic.twitter.com/hxa0wfdZkE