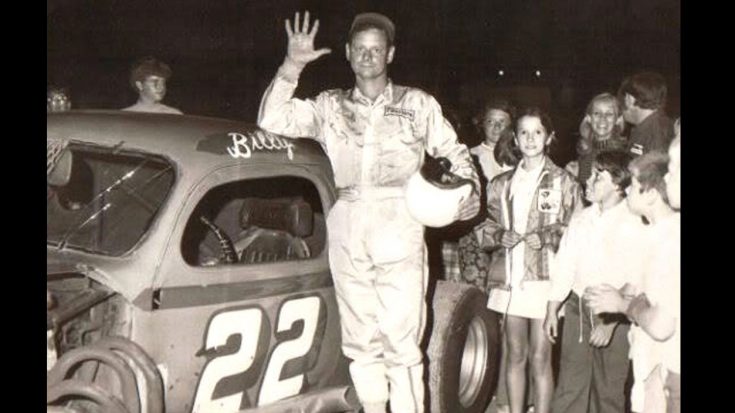 Throughout a career spanning more than 30 years, one of the original pioneers of the sport, Billy Hensley became well-known throughout the world as a top-performing racer.

Hensley raced for James “Cubby” Arrington in the NASCAR Modified division throughout the 60s and 70s, and appeared at famous tracks such as Franklin County Speedway, Martinsville Speedway, and won more than 200 races throughout his career.

Beyond just being a top-notch NASCAR driver, Hensley was also a skilled mechanic. After retiring from racing in 1980, he worked for many years as a local mechanic and at family-owned, Hensley’s Garage.

Hensley was also connected to his relative, Jimmy Hensley who became a well-known NASCAR driver in the Winston Cup series, Busch and ARCA series over the years following Billy’s retirement.

As Morris Stephenson writes for The Franklin News-Post, “I would bet half of today’s NASCAR fans have never heard of Billy Hensley. Perhaps a few more still remember Jimmy because of his longer career…..probably only a few of the drivers have ever heard of the Hensley boys because there are not, but a few, over 40 years of age.”

Stephenson’s statement rings with notes of truth, but there are still many more NASCAR fans who recall the days when Billy Hensley’s name was one of the top-listed in reports of NASCAR stars.

Hensley is survived by his wife of 67 years, four daughters, eight grandchildren, and one sister along with a half-sister.

Our thoughts and prayers are with the Hensley family through this difficult time.

Watch the rare video segment below that shows a young Billy and Jimmy Hensley talking about racing in the early days!