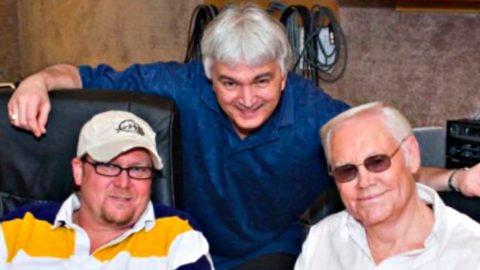 Music City is rallying around of its most esteemed and beloved producers, Mark Moseley, who suffered a stroke in June.

According to a GoFundMe page set up by his adopted son, Justin Ryan, Moseley had the stroke while producing a video. Not realizing it was a stroke, Moseley continued to work and attributed not feeling well to MS, a disease he has battled for 13 years.

“After arriving home that evening and not being able to move or speak plainly, he again suspected M.S. exhaustion and went to bed. Mark lay suffering from a stroke for 2 1/2 hours,” Justin wrote. “His wife, Donna, said it was eerily quiet and realized she could not hear Mark snoring from the bedroom. She opened the bedroom door and Mark was lying there, unable to move, mumbling for help.”

Donna called 911. When the paramedics arrived they confirmed that he was having a stroke. Unfortunately, Mark arrived at the emergency room well past the time frame in which they can treat the stroke to reduce the amount of damage. The stroke has affected the entire left side of Moseley’s body, but doctors are optimistic that he will recover.

Moseley began his rise to fame at the age of 10 when he recorded his first album and gained the attention of musicians around the Bakersfield music scene. In 1974, Moseley went to work for Buck Owens. Less than a decade later, Mark found himself one of the most successful and sought after producers in Nashville with engineering and producing credits that included work with Dolly Parton, Vince Gill, Patty Loveless, George Jones, Porter Wagoner, Lee Greenwood, Willie Nelson and more. A GoFundMe account has been set up to help the Moseley family with medical costs and living expenses. If you would like to help Mark Moseley’s family, please click here.