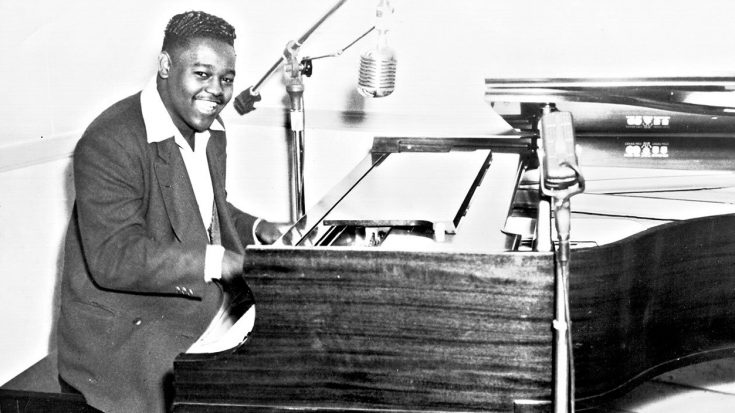 The iconic artist and music legend’s death was confirmed by his daughter who revealed that he was surrounded by his family at his home.

Antoine “Fats” Domino was known worldwide for his pioneering of unmistakable rock and roll sound paired with R&B stylings. The famous singer, songwriter, and pianist was best known for hits like “Blueberry Hill” and “Ain’t It A Shame.”

His very first record sold more than one million copies in just four years and gave an immediate boost to his career, launching him to heights he never thought possible. Over the course of his lifetime, Fats Domino sold more than 65 million records and is more than any other 1950s-era rock and roll star, except Elvis Presley.

Domino was credited with being the inspiration for many legendary and iconic musicians like John Lennon and The Beatles, who once said, “There wouldn’t have been a Beatles without Fats Domino.”

In 1986, Domino became one of the first inductees into the Rock and Roll Hall of Fame and was inducted by Billy Joel. Rolling Stone magazine later listed him in the 25th spot on their list of Greatest Recording Artists of All Time.

Throughout his decades-long career, Domino also dabbled in country music, covering many hits during concerts and cut a song for the Clint Eastwood movie Any Which Way You Can, which was a hit on the country charts with, “Whiskey Heaven.”

The loss of another wonderful and inspiring music legend hits hard in the world of music and our hearts and prayers go out to his family during this very difficult time.

Watch the video below of Fats Domino performing one of his signature songs, “Ain’t It A Shame.”