Beyonce Will Be Performing At Tonight’s CMA Awards 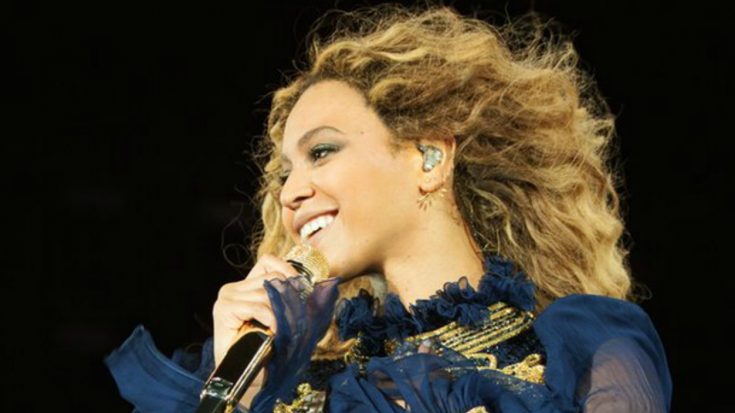 Country music fans are in an uproar as pop star Beyonce has been added to the list of those performing at tonight’s 2016 CMA Awards show.

Multiple sources have confirmed that the former Destiny’s Child lead singer is currently in Nashville and CMT reports that Queen Bey will be taking part in tonight’s festivities. The news has country music fans upset as they were promised that the 50th anniversary of the CMA Awards would be a historic tribute to the genre filled with the best country stars from the last five decades. It was also stated that there would be no pop collaborations at this year’s show.

We’re not quite sure where Beyonce fits into the mix, but one source reports that Beyonce will be performing her country-ish song “Daddy Lessons” with the Dixie Chicks. Another source reports that she will be taking part in the Dolly Parton tribute singing “I Will Always Love You,” a tune that she has covered in live performances in the past.

While Beyonce isn’t known as a country singer, she recorded a song called “Daddy Lesson” that may (or may not) be considered country for her latest album, Lemonade. If Beyonce does perform for country music’s biggest night, it wouldn’t be the first time an artist crossed over for such an event. During last year’s CMA Awards, Justin Timberlake joined Chris Stapleton for an epic collaboration of “Tennessee Whiskey” and “Drink You Away.”

Country fans may be upset about the intrusion into Country Music’s biggest night, but some of the stars are excited about sharing the spotlight with Beyonce.

Frequently, country crosses over. But every now & then a major pop superstar wants to be a part of this too. Welcome, Beyoncé.#cmaawards50

What do you think about Beyonce performing at the CMA Awards? Will you be watching?