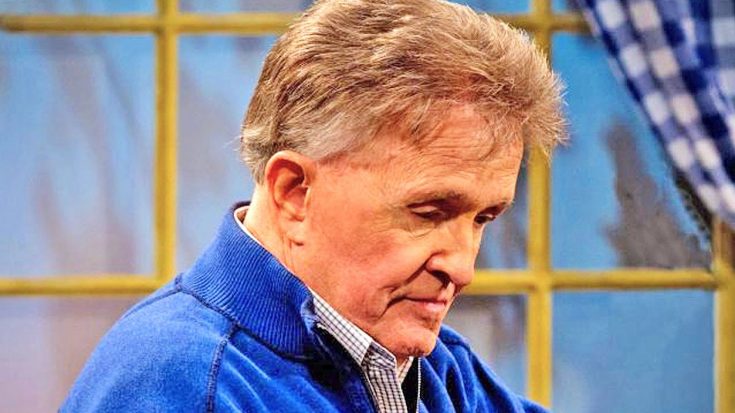 In addition to being a country singer, songwriter, and the host of Country’s Family Reunion, Bill Anderson is a devoted family man. He makes it a point to spend as much time as he can with his three children and eight grandchildren.

Bill frequently talks about his family on social media and the blog that he writes on his website. On Monday (April 3), Anderson devoted his entire blog post to his family, specifically his 12-year-old grandson, Gabe.

Those who regularly read Bill’s blogs have gotten the chance to know Gabe well over the years. At a young age, Gabe was diagnosed with a rare type of cancer that he’s been fighting ever since.

Bill’s daughter-in-law, Beth, sent him an update on Gabe’s condition, saying that he is in need of many prayers right now. Beth wrote that Gabe has been experiencing bad headaches for the past few weeks and just hasn’t been feeling well overall.

Beth wrote that the chemo Gabe has been taking is what has caused his headaches and other symptoms. When he started the chemo, Beth said no one had ever received more than 18 treatments of that particular type. Gabe has exceeded that number, as he has received a total of 29 treatments.

“We knew we were living on borrowed time with this,” Beth wrote.

Beth said that the doctors know that it’s time to stop the chemo when patients start having headaches like Gabe has been dealing with. She then went on to explain just how dangerous it would be if they continued the treatments:

“She said if we continued to give this chemo, it would probably be just a couple weeks before he would not be able to walk…So, needless to say, he did not get chemo this week. We would have to wait at least six months before he would be eligible for this particular chemo again.”

While Beth admits that Gabe has been worried about the whole thing, he’s still in good spirits. He will continue to take his weekly chemo pills and will also start light therapy, which he will receive two or three times a week. Finally, Beth asked Bill’s fans to please send their prayers to Gabe as he continues his fight against cancer.

“Please also be in prayer for Gabe,” she wrote. “While it is great that he is able to stay in school right now, the prospect of new treatments and doctors, and the unknowns ahead are very scary for all of us.”

We can’t imagine what Gabe and his family must be going through right now. We’ll be keeping all of them in our prayers.