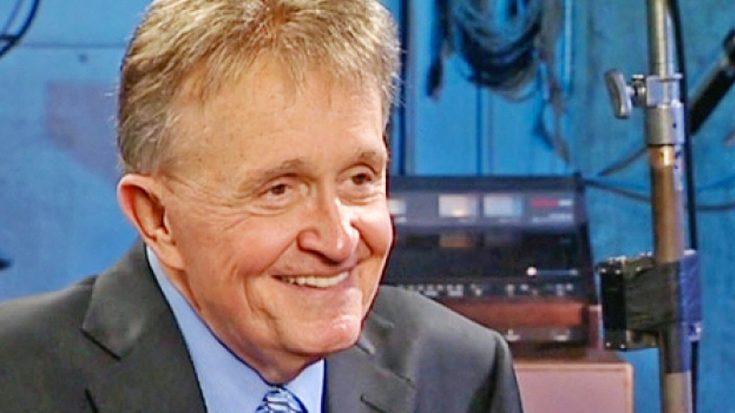 At 79 years old, country legend Bill Anderson doesn’t seem to be slowing down any time soon. He remains active as a performer, and also serves as the host on Country’s Family Reunion.

When he isn’t busy working, Bill enjoys every second he can get with his family. He has three children and eight grandchildren, and loves talking to his fans about all of them.

Recently, Billy reached out to his fans to ask them to pray for his 12-year-old grandson Gabe. Bill revealed that Gabe had been diagnosed with a rare form of cancer at a young age, and that he had been undergoing chemo for some time now.

Gabe’s mother wrote a letter to Bill’s fans, saying that Gabe had started experiencing severe side effects as a result of the chemo he was taking. He was having terrible headaches and his blood pressure was high, which caused his doctor some concern.

“She said if we continued to give this chemo, it would probably be just a couple weeks before he would not be able to walk,” read the letter from Gabe’s mother.

Gabe will have to wait six months before he can receive the same type of chemo again. In the meantime, he is going to start light therapy and will continue to take his chemo pills.

On Thursday (April 13), Bill shared a hopeful update about Gabe on Facebook. He revealed that the oncology doctors at Stanford University in California have agreed to see him at some point in May:

“While this is nothing more than a promise to look into his case, we feel it’s cause for optimism and the answer to so many of our and your prayers. There are so few places that treat his rare form of cancer that we consider this a true blessing.”

We got confirmation this week that the oncology doctors at Stanford University in California have agreed to see Gabe!…

Bill also thanked his fans and asked them to please continue to pray for Gabe. “Don’t stop praying! It’s definitely working!” he wrote.

We’re glad to hear this hopeful news from Bill about his grandson. We’ll certainly continue to keep Gabe in our prayers.