The Top Country Artist Of 2016 Has Officially Been Named 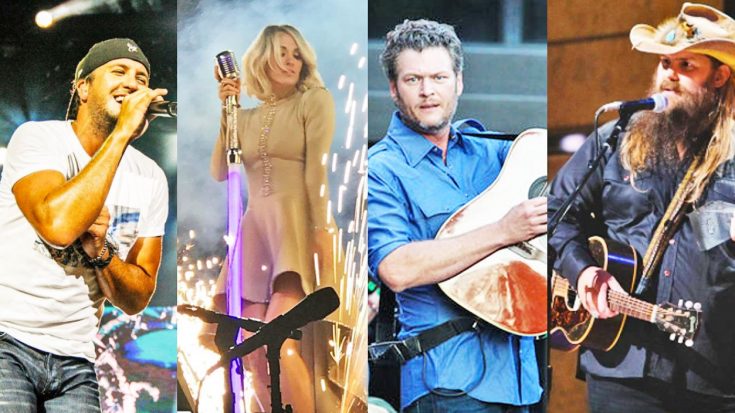 The “Top Country Artist of 2016” has officially been named. According to Billboard, Chris Stapleton is this year’s No.1 country singer, putting him ahead of all the radio favorites.

Billboard applies a multitude of factors to determine their ranking, including radio airplay, digital sales, and streams. The Traveller singer’s top 10 songs on Spotify all have a minimum of 5 million streams, with four raking in over 16 million each. His song “Tennessee Whiskey” has even earned an incredible 50 millions plays.

The system also factors in the artist’s performance on the Top Country Albums chart, where Stapleton has resided for an impressive 83 weeks. His debut album Traveller was released back in May of 2015 and has yet to leave the chart since.

In addition, the final metrics apply touring revenue, “Social 50” chart performance, and ringtone sales. While Stapleton has only been a fixture in the world of county music for a short time, his rise has been a meteoric one.

Blake Shelton came in right after Stapleton at No.2 followed by Florida Georgia Line, Thomas Rhett, and Carrie Underwood.