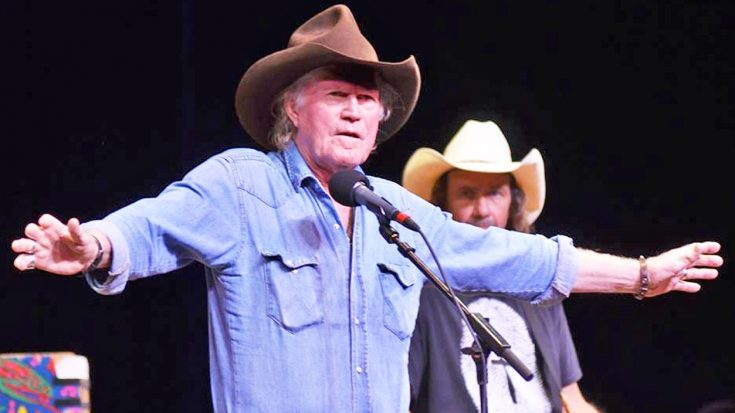 78-year-old outlaw country legend Billy Joe Shaver had an eventful weekend. This past Saturday (Sept. 16), he was hospitalized after a pretty bad fall, according to Waco, Texas news station KWTX.

Just a few hours before performing at the music festival Long Beach Folk Revival in Long Beach, California, Shaver and his band were walking to a restaurant when he “stepped into a hole and his knee went sideways, causing him to fall and his face to hit the ground,” his guitarist Jeremy Woodall told the news station.

Woodall also said that Shaver’s “forehead was split wide open and his nose was likely broken.”

In true performer fashion, Shaver took the phrase, “The show must go on” to a new level. At any age, a fall like that is not an easy one to recover from, but at 78 years old, Shaver just got stitched up at the hospital and made it back to the festival in time for his performance like the super human he is.

We’re glad Shaver is doing alright, but we will keep him in our prayers during his recovery! Watch him perform at the Long Beach Folk Revival Festival, after the fall and the hospital visit, in the video below.