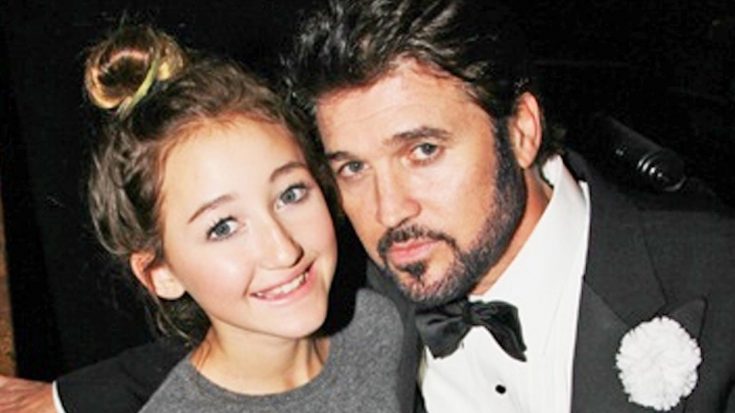 We all know about his daughter, Miley, who has been in the spotlight from a very young age. We’ve seen her talent evolve from the Disney channel show she and Billy Ray starred in, Hannah Montana, to being a coach on current season of The Voice.

Although her sound is a stretch from country, she definitely knows where her roots are. On Tuesday night, she performed a Dolly Parton and Porter Wagoner song with her team on the Emmy-winning singing competition show.

Billy Ray’s oldest son, Trace, is also musical and has found lots of success with his pop-rock band Metro Station. His younger son, Braison, is also in a band and has performed a few shows with his famous dad.

In an interview with Paper Magazine, she admits that her dad is the person who inspired and taught her how to sing.

“My dad always had me sing alongside him while he played guitar,” she said. “He taught me how to harmonize to an old song of his, ‘Missing You.'”

Listen to her new single below and let us know what you think in the comments!