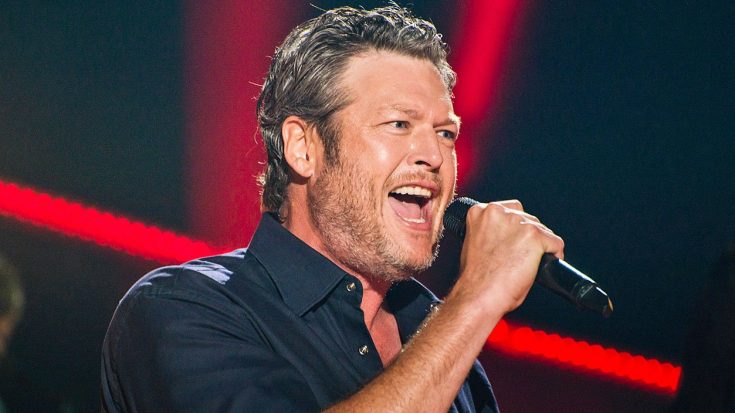 As one of the busiest artists in country music, no one expected that Blake Shelton would release new music so soon after his 2016 album If I’m Honest. But the superstar singer and Voice coach is proving otherwise, as he appears to be gearing up for the release of a brand-new single.

On Tuesday (September 5), Shelton took to Twitter to tease an exciting announcement concerning new music. A few hours later, he had his fans howlin’ with excitement when he uncovered his plans to release a new single, titled “I’ll Name the Dogs.”

In addition to revealing the title of the single, Shelton also shared its cover art and release date. Brace yourselves y’all, because “I’ll Name the Dogs” is making its debut on Friday (September 8)!

The announcement could also indicate bigger things to come in the future. “I’ll Name the Dogs” is not one of the tracks included on If I’m Honest, which likely means it’s part of an entirely new album.

Since If I’m Honest topped the country albums chart and produced three number one singles, we’re sure Shelton’s newest project will perform just as well. Only time will tell!

If “I’ll Name the Dogs” is really about a bunch of dogs, it won’t be the first time Shelton has recorded a song about man’s best friend. Back in 2002, he recorded a song about a prison’s tracking Bloodhound called “Ol’ Red.” The song helped put Shelton on the map and remains one of his signature tunes. Check out its music video below!

We can’t wait to hear Shelton’s new single! Are you just as excited as we are?