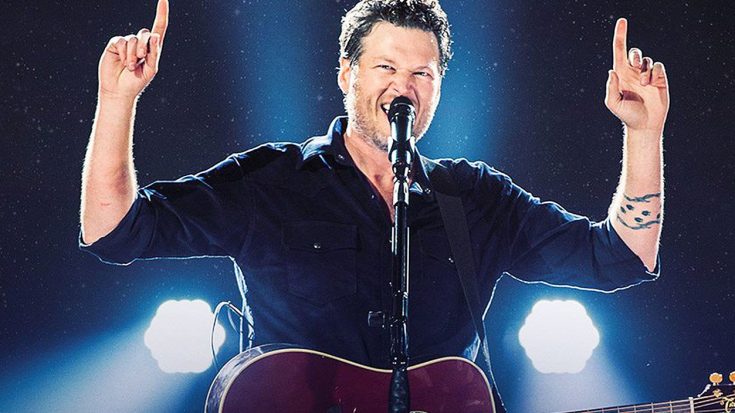 Country music star Blake Shelton shocked audience members of the Grand Ole Opry last night when the night’s setlist did not goes as viewers planned. While the lineup included acts Rascal Flatts, Keith Urban, Montgomery Gentry, Home Free, and the Oak Ridge Boys, one surprise appearance had the unsuspecting crowd at the edge of their seats.

It seems that the Opry had secretly invited Shelton to join the thrilling night, as the crooner unexpectedly walked on stage with an eagerness to rock the iconic venue that he has been a member of for almost 7 years! The country boy came equipped with some killer song selections and a lively personality that permeated throughout his crowd!

Not only did Shelton perform his own hits, treating fans to stellar performances of “Honey Bee” and “Ol’ Red”, but Rare Country reports he teamed up with the iconic Oak Ridge Boys for an unforgettable number of their massive hit “Elvira”! The singer took to his twitter to share a clip with his followers, captioning the upload, “Surprise b*****!!!’

We’re sure this was one night that the Grand Ole Opry will never forget. You can watch Shelton’s surprise entrance below!