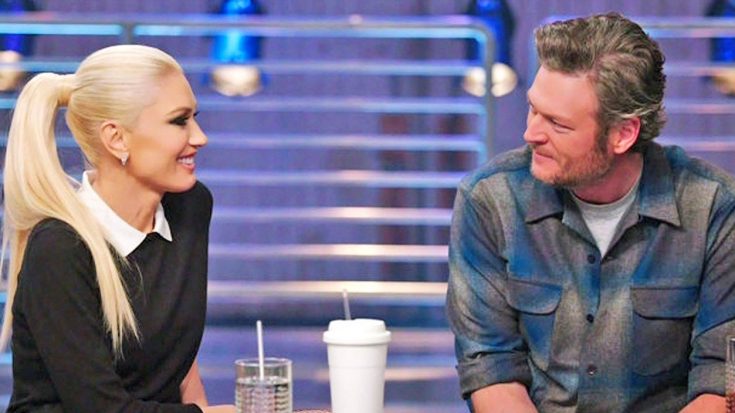 In addition to being a singer, songwriter, and coach on The Voice, Gwen Stefani is also known as a fashion icon. She’s launched her own fashion lines and currently serves as Revlon’s global brand ambassador.

Due to her fashionable status, Stefani has appeared on the cover of some of the world’s most renowned magazines. One of those magazines is Harper’s Bazaar, which has featured Stefani as the cover model multiple times in the past. Harper’s Bazaar has decided to go all out for its 150th anniversary this year. Over the course of the past week, the magazine has celebrated its anniversary by featuring some of its famous cover models’ photos on the face of the Empire State Building in New York City.

A few of the featured stars include Beyonce, Sarah Jessica Parker, and Jennifer Lopez. It came as no surprise that Stefani also had one of her photos displayed on the building.

But no one was more surprised by Stefani’s latest accomplishment than her boyfriend, Blake Shelton. Although Shelton was happy for her, the whole thing left him feeling a bit puzzled.

“To whomever put my girlfriend’s picture on the Empire State Building thanks a lot…. How can I top that s—?!!” he wrote.

Ok.. To whomever put my girlfriends picture on the Empire State Building thanks a lot…. How can I top that shit?!!

He does have a point…it’s going to be really hard to top that one!

Both Shelton and Stefani are coaches on The Voice this season, so they’ve been spending a lot of time together lately. They’ve also been providing us with a bunch of funny moments, courtesy of their flirtatious antics.

Tune in below to watch some of Shelton and Stefani’s funniest moments on The Voice so far this season, along with some other outtakes.