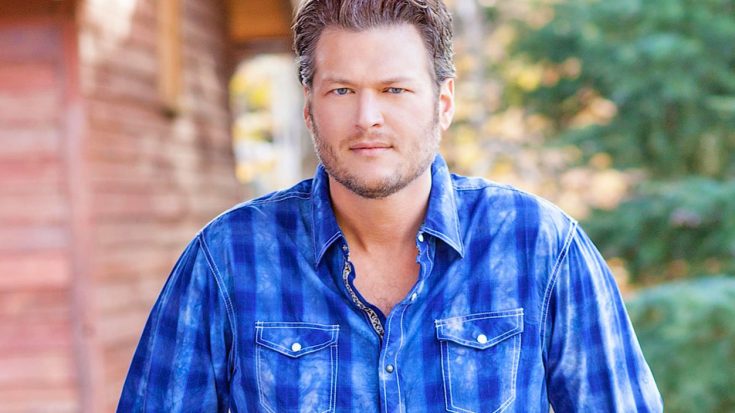 Texoma Shore, the anxiously-awaited new album from Blake Shelton, is almost here! If the tracks Shelton has already released from the album are any indication, this is going to be his best project yet!

The Voice coach has been gifting his fans with a song here and there as the November 3 release date of his 11th studio album approaches, but there’s one song that stands out to us above the rest.

One of our favorite tunes from Texoma Shore is “I Lived It.” The nostalgic song is sure to conjure up a memory or two from every listener’s childhood whether your daddy drove a flatbed Ford, you treated bee stings with tobacco, or you drank from a water hose. For Blake, the song was a flashback to his childhood.

“That’s the song that really stands out to everybody as maybe the best song on the album,” Shelton says of “I Lived It” before adding that the song takes him back to his childhood and calling it “one of the greatest songs I’ve ever had the chance to record.”

“It’s hard to listen to this song without relating to it and having it take you back in time. And, it’s hard not to fall in love with this song,” Blake says.

Chances are good that Blake will be performing the song live during his newly announced Country Music Freaks Tour in 2018. Shelton will be hitting the road with Brett Eldredge, Carly Pearce and Trace Adkins for the month long, 14-date tour.

Hear Blake Shelton sing “I Lived It” below.