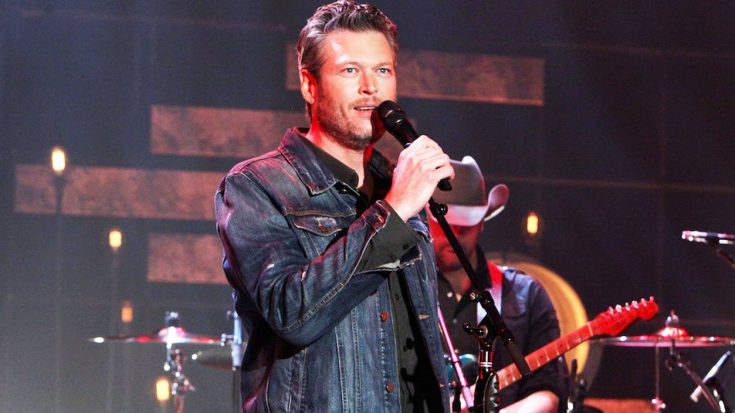 Lindsay Baker and her boyfriend Jonathon Daniels are huge country music fans, and even bigger fans of Blake Shelton. The couple had planned to celebrate Lindsay’s 23rd birthday at a Blake Shelton concert in September, but their plan never came to fruition.

Just one week prior to the concert, Jonathan was badly injured in a motorcycle accident. He spent 15 days in the hospital recovering from two collapsed lungs, one punctured lung, brain bleeding, a lacerated liver, kidney, and spleen, as well as injuries to his neck, back and shoulders.

After he was discharged, Daniels penned a touching letter to Blake Shelton explaining the situation and asking for his help to make it up to Lindsay. Daniels posted the letter to Facebook where it eventually got the attention of the country star.

Much to Daniels’ surprise, a video from the man himself showed up on his Facebook page Thursday evening. Shelton wished Daniels a speedy recovery and promised him and Lindsay tickets to any upcoming show that the couple can attend. He also said he wanted to meet the two.

“I’m very sorry about the accident. I hope you recover soon and you’re feeling better. Obviously, I’m totally ready to give you tickets to whatever show you can make it to. But, don’t rush, for God’s sake,” Shelton said. “For sure, I’ve gotta meet you guys. We’re pulling for you to get well. Merry Christmas, and I hope to meet you soon.”

Lindsay Baker spoke with a local news outlet and expressed her shock over the response her boyfriend’s letter got.

“It’s just so awesome,” Baker told Daily Voice. “We’ve gotten so much support – from friends, family and Facebook. It’s amazing how fast something like that spreads.

“We’ve got messages from all over the United States,” Baker added of response to the Facebook post. “It’s been just awesome.”

And, how is Jonathan Daniels doing nearly three months after his accident?

“He’s doing very well,” Baker said. “He’s getting better everyday. He’s not ready to go back to work quite yet, but he’s hoping for sometime early in the new year.”

Baker added that meeting Shelton is “more than I was ever hoping for.”