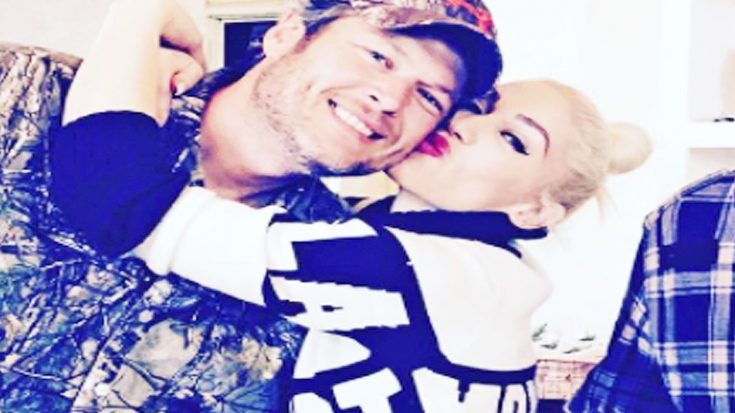 Gwen Stefani took her three sons out to country boyfriend Blake Shelton’s Oklahoma ranch to celebrate the holidays southern style, and from the looks of it, the country singer may just be rubbing off on these Los Angeles natives!

10-year-old Kingston, 8-year-old Zuma, and 2-year-old Apollo all donned camouflage outfits before throwing together an epic dance party. Lucky for us, Kingston grabbed his mother’s phone to document the whole thing via Snapchat.

The gang cranked up Voice coach Adam Levine’s latest hit single “Don’t Wanna Know” and began showing off their best dance moves. The kids were the clear stars of the video taking center stage video while Stefani and Shelton acted as their backup dancers.

Also joining in on the Oklahoma fun was the “Misery” singer’s brother Todd Stefani, her sister-in-law Jennifer Stefani, Shelton’s sister Endy Intieri, his brother-in-law Mike Intieri, as well as an army of their combined nieces and nephews.

Holiday get togethers have become a staple amongst the couple after dating for over a year now. However, their New Year’s fun may be cut short with Shelton slated to perform on NBC’s New Year’s Eve With Carson Daly televised event.

You can watch their dance party in the video below!