By Miranda Raye on February 9, 2018
Advertisement 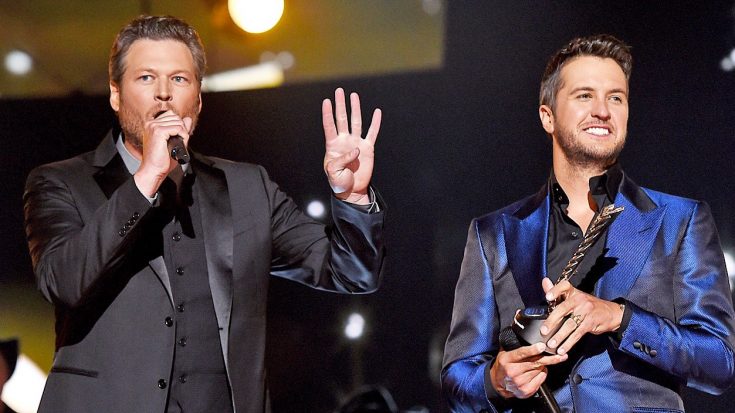 It’s no secret that Blake Shelton and Luke Bryan like to banter with one another. This is a huge part of the reason why the two country superstars and best buddies made such good hosts on the ACM Awards. Whenever they’re together, hilarity ensues.

Fans got a dose of some of that hilarity when Shelton agreed to participate in Bryan’s Crash My Playa festival in Mexico this year. It marked Shelton’s second straight year performing at the festival, which also featured Little Big Town, Dustin Lynch, and Old Dominion.

During the festival, CMT’s Cody Alan asked Shelton why he decided to return to Crash My Playa for the second year in a row. In true Shelton style, he had a humorous explanation to give, saying he agreed to perform to help “bring some order and structure” to the event.

Of course, Alan had to ask Shelton what he thinks of Bryan, who dressed as a 90s version of Shelton during the festival and crashed his set. The two of them performed a series of classic and traditional country covers, including George Strait‘s “All My Ex’s Live in Texas.”

Speaking about Bryan’s immense fame, Shelton took the liberty to reveal who his friend truly is. First, he complimented him, saying, “There’s never been anybody luckier in not only life but especially the country music industry.”

Then, Shelton decided to expose Bryan to all of his fans, saying, “That guy has fooled fans to the max. He’s very popular, and we’re all wondering…You know you lay awake at night going, ‘How did he do this?‘”

So why is Shelton so surprised to see Bryan at the top of the country music ladder? “Because he’s weird,” he said.

Obviously, everything Shelton had to say was all in good fun. We’re curious to hear Bryan comment on all of this!

You can get an idea of just how goofy these two get when they’re together by watching one of their performances from Crash My Playa below. There’s never a dull moment when they share the stage!