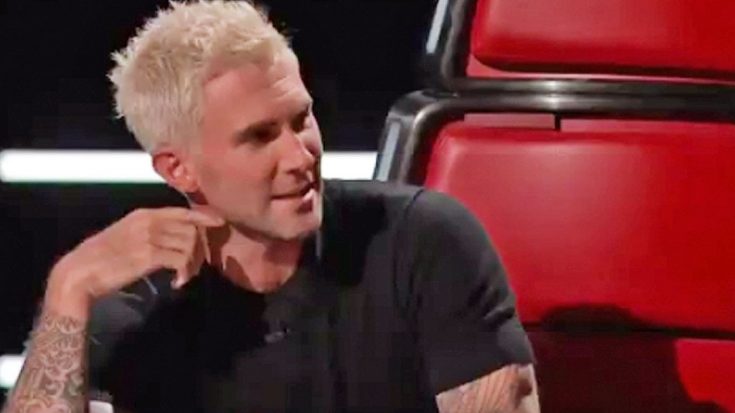 With one new relationship entering this season of The Voice, many fans of the singing competition were left wondering what would happen to America’s favorite bromance. Twelve seasons and countless contestants later, and the hilarious antics between veteran coaches Blake Shelton and Adam Levine are better than ever!

In a recent episode of NBC’s singing competition, Shelton showed up to set wearing a wig extremely similar to one Voice coach in particular.

“What is that on your head?!” asked Levine when he spotted the country singer.

Their unlikely friendship was born back in 2010 when they were cast as two of the original four coaches on Season One of the singing series. Now seven years into their friendship, and the two singers argue like an old married couple.

You can check out the hilarious video below!