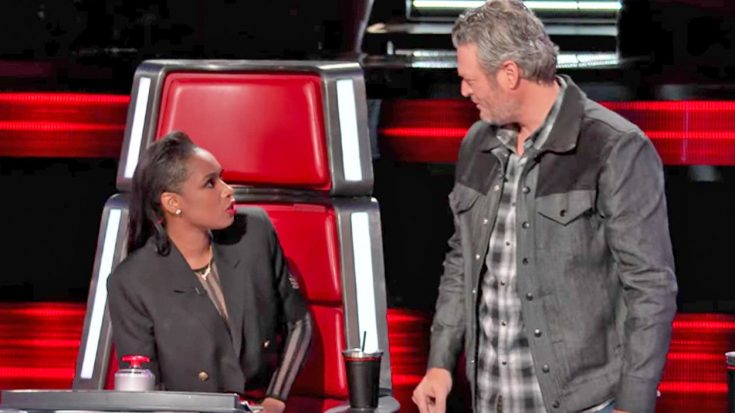 Season 13 of The Voice is finally here, bringing back veteran coaches Blake Shelton, Adam Levine, and Miley Cyrus to sit in the iconic red chairs. In addition, Oscar and Grammy-winner Jennifer Hudson has hopped across the pond from The Voice UK to join what Shelton likes to call “the big leagues.”

In a Real Housewives-esque promotional video to give fans a look into what they can expect to come from this season, Shelton and Hudson go back and forth wiht hilariously brutal banter.

“Congratulations to you on winning ‘The Voice UK,‘” said Shelton to Hudson, before continuing, “We’re in the United States of America now.”

“I got an Oscar and Grammy in ‘Dreamgirls,’ okay?” said Hudson, before directly shouting “Take that! Take that!” in the country singer’s direction.

While the two new rivals battle it out, Levine and Cyrus sit back and enjoy the show, both admitting to love watching them bicker. While fans can look forward to the heated new rivalry between Hudson and Shelton, America’s favorite bromance revealed they will be trying to play nice this season.