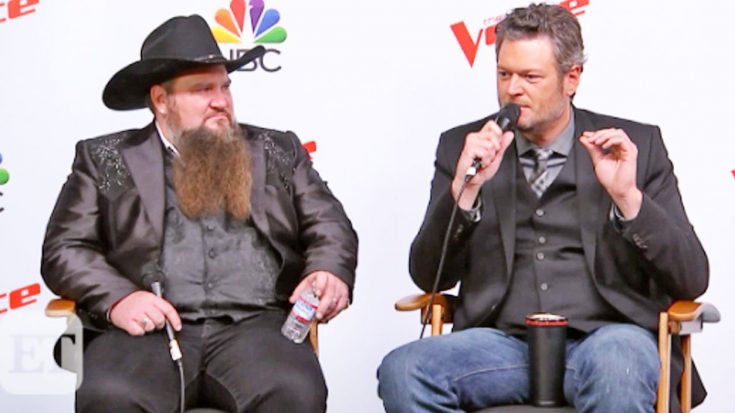 Sundance Head was recently crowned the Season Eleven Voice champion, marking coach Blake Shelton’s  record-shattering fifth win. Head has displayed unparalleled talent and charisma throughout the entire season, so what would possibly have made Shelton bet against his own teammate?

At a press conference directly following the crowning of this season’s champion, Shelton shared that he and fellow veteran coach Adam Levine put money on Head’s win, admitting that he bet against his teammate.

“We had a $1,000 bet that Sundance would win,” Blake revealed according to Entertainment Tonight. “I took it because I thought maybe that was good karma for me. … And, by the way, I also have to say the word ‘caramel, butterscotch — something’ in the battle rounds of next season. I have to work that into my critique. I didn’t care at that point because I thought, ‘You know what? I’ll pay a thousand dollars any second of the day to see this guy get in the winner’s circle.'”

So how did Head take the news his coach bet against him? He didn’t mind at all! When asked if he was hurt over the bet, the contestant joked, “Not really…I dunno, you never know if that’s even true or not. Blake’s so full of it.”

Head took home the gold Dec. 13 along with a career changing record deal with Universal.