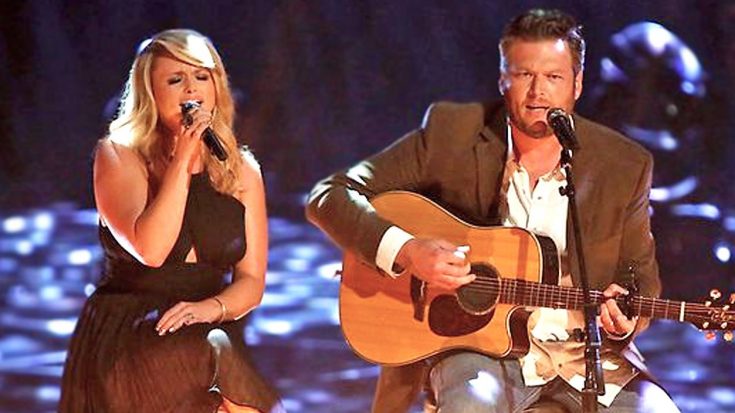 When it comes to hosting a festival, those in charge try to bring in the biggest names possible. The bigger the name, the bigger the attendance.

Well, it seems that one major country music festival took all of the right steps to guarantee a large turnout. The Bayou Country Superfest, which is in its eighth year, announced its lineup on Thursday (December 1) for the two-day festival that takes place in May 2017.

Some of the artists scheduled to perform at the festival include Brooks & Dunn, Hank Williams Jr., and Thomas Rhett. But the artists who are generating the most buzz are the festival’s two headliners.

This year’s headliners at the Bayou Country Superfest are none other than Blake Shelton and Miranda Lambert. Lambert will serve as the headliner for the first day of the festival, while Shelton will headline day two.

The former couple hasn’t been seen together since their 2015 divorce. Despite the initial excitement that many felt at the Supefest’s announcement, it seems unlikely that Shelton and Lambert will run into one another at the festival, since they are performing on different days.

Shelton and Lambert both have busy touring schedules in the coming year. Shelton is embarking on his Doing It to Country Songs Tour in February, while Lambert’s Highway Vagabond Tour is set to kick off in January.

When it comes to the Bayou Country Superfest, Shelton and Lambert will both have plenty of new material to perform for their fans. They each released a new album this year, and Lambert’s album “The Weight of These Wings,” was just released on November 18.

One of the songs on The Weight of These Wings is the sassy track “We Should Be Friends,” which will follow “Vice” as Lambert’s new single. Tune in to the clip below and give it a listen!