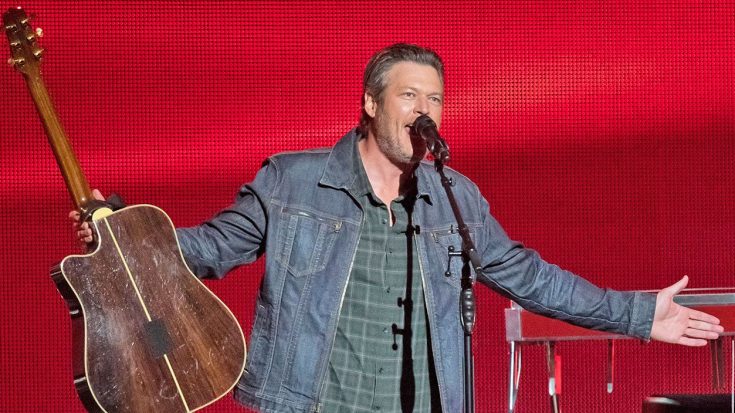 Looks like Blake Shelton is having one heck of a week! On Tuesday night (Dec. 19), he took home his record sixth win on The Voice when Chloe Kohanski was named Season 13’s champion. He also made a huge decision about his country music career that will make his fans ecstatic.

“Blake, Narvel Blackstock [management] and the whole label team put a stake in the ground years ago to prove that Blake was going to do unprecedented things in this business and be the artist to help us bring Warner back to greatness,” Esposito continued. “Blake indeed has and will continue to break new ground. I am thrilled beyond words, and there is no better Christmas present than Blake committing to Warner for many years to come. He is a brother, and I love him and his humanity!“

As for how long Shelton’s new contract will last, Esposito told Billboard, it’s “a long time.“

“He re-signed with us to basically end his career here,” he said.

Shelton, who signed the contract on December 20, released a statement saying, “I remember my first trip to Nashville in 1994. I drove down Music Row and don’t know why, but when I passed the Warner Bros. building I said, ‘That’s the label I want to be on!’ Now, all these years later, I’m proud to have spent my entire recording career with such a great company. I look forward to more incredible years with my Warner family.“

He last renewed his contract in 2009 and his career has only skyrocketed since then, especially with his longstanding tenure on The Voice.

“Literally 12-million-to-13 million people every Monday and Tuesday are watching this guy represent our format,” Esposito told Billboard. He also assures fans that their partnership will last for “many more albums.”

Shelton’s following has grown exponentially in the last several years, but a few times he has discussed retirement. Before his If I’m Honest album, he publicly said it would be his last, but then came 2017’s Texoma Shore, which debuted at number one on the Country Albums chart. He again said it would likely be his last album, but it doesn’t look that way now!

Are y’all excited for many more years of Blake Shelton music? Let us know in the comments. Watch Shelton’s music video for his latest number one single, “I’ll Name The Dogs,” below.