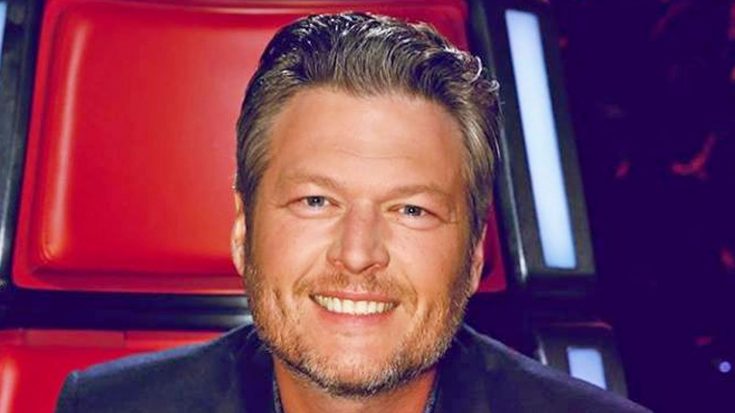 During the season 13 finale of The Voice, one coach completely stole the show, and to no one’s surprise, it was Blake Shelton. Even before Team Blake member Chloe Kohanski took home the coveted trophy Tuesday night (Dec. 19), Blake was making waves on social media with his choice of wardrobe.

Recently, Blake was named PEOPLE’s Sexiest Man Alive and boy, has he relished the title! He made bold fashion statement during the finale episode that had everyone talking.

He wore a black suit jacket with the words “Sexiest Man Alive” largely printed on the back in silver sparkles and the acronym “S.M.A.” was bedazzled to the front.

To show off his jacket, in the middle of the show, Blake walked to the stage and spun around, point to his back.

.@blakeshelton is reppin’ what he knows best tonight! ? #VoiceResults pic.twitter.com/wREIyRyIUj

Blake wasn’t the only one who ended up wearing the jacket that night, however. His girlfriend Gwen Stefani was watching the show backstage with her kids and after it concluded, he let each of her sons, and Gwen, try the jacket on! She documented it all on her Instagram story. With another ten or so months of being PEOPLE’s Sexiest Man Alive, we have a feeling we will be seeing this jacket a few more times. Watch the Blake and Chloe duet during Monday night’s (Dec. 18) episode of The Voice below.