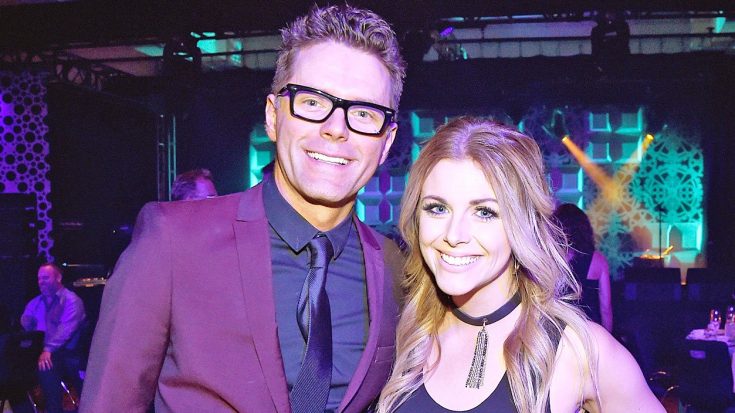 Those who tuned in to listen to the Bobby Bones Show on Monday morning (October 23) were in for a big shock. During the show, host Bobby Bones announced some sad news about his relationship with country signer Lindsay Ell.

After over a year of dating, Bones revealed that he and Ell have ended their relationship. The couple broke up at some point last week. Not wanting to hold anything back from his listeners, Bones didn’t try to sugarcoat the news, saying, “I guess I’ll go ahead and say it…Lindsay and I broke up.”

He then went on to explain the reason for their breakup. Back in June, one of Ell’s performances at a Sacramento radio station was canceled at the last minute. Ell apologized to her fans about the cancellation, saying that the show was called off by the station because of her “personal life.”

The aspect of Ell’s “personal life” that she was referring to was her relationship with Bones. You see, Bones’ show runs under the iHeart Media umbrella, and iHeart is a direct competitor with the Sacramento radio station that canceled Ell’s show.

The whole ordeal sparked a great deal of outrage in the country music community, and people rallied in support of Ell. Her fans and fellow artists were adamant that her relationship should have nothing to do with whether or not radio stations book her for shows or play her music.

“It felt like, all of a sudden, you can’t be a powerful female with goals and dreams and date another powerful person,” Ell told The Washington Post at the time.

While Ell and Bones put up a united front during the incident, it definitely took a toll on their relationship. It was that conflict between their relationship and Ell’s career that led to their breakup, as Bones revealed on his show:

“There was at one point a big controversy that a station in Sacramento wouldn’t let her in the building to play because she was dating me. There were many, many instances of this happening over and over again. It started to put a stress in our relationship to me where I felt it was my fault because she wasn’t able to get anything going.”

Bones made it clear that he and Ell are still friends, and that there are “no hard feelings” between them. As of press time, Ell has not said anything about the breakup.

You can tune in to the clip below to listen to Bones’ announcement. What are your thoughts on this news? Let us know in the comments.