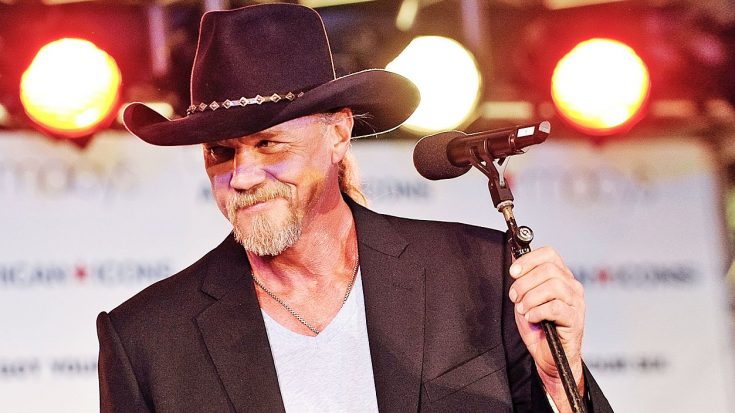 After over 20 years in the business, Trace Adkins still has the power to make country girls go wild. Known for smoking-hot love songs such as “I Left Something Turned On at Home” and “Hot Mama,” Adkins’ charm has worked its magic many times before.

Keeping in line with his past, Adkins decided to include several swoon-worthy songs on his latest album, Something’s Going On. The album’s title track is one of the more romantic songs on the album, along with a feisty piece titled “Ain’t Just the Whiskey Talkin’.”

But the steamiest track on the entire album may be a little song named “I’m Gone.” From reading the title alone, you’d assume that “I’m Gone” is some sort of a breakup song. But it’s quite the opposite, as it tells a tale of romance and attraction.

“I’m Gone” is told from the perspective of a man who is deeply infatuated with a certain woman in his life. He tells her that every little thing she does drives him wild, singing, “You know that perfume gets to me. Ain’t no doubt, you better believe, I’m gone.“

Just those lyrics alone are enough to make your heart skip a beat. But Adkins’ sultry delivery seals the deal, making this one track that no one will have the power to resist.

You may not notice it on the first listen through the song, but at the end of the chorus Adkins dishes out a slight twist on the word “gone.” Instead of singing the word like normal as he did earlier in the song, he alters it just a bit to sing, “Baby, that’s what I’m gon’ do.” This is something that Adkins references in his “Story Behind the Song” video for “I’m Gone.”

“It’s a good track, fun,” he said. “I’ve done a few of those songs in my career where you take the mispronunciation of a word and play off of that. That’s what this is.“

Clearly it worked, because we’ve fallen head over heels for it! We’re sure you will too once you listen to the song in the audio clip below.

Want to hear “I’m Gone” and the other romantic tunes on Something’s Going On? You can listen to them all by downloading the entire album here!