By Miranda Raye on April 5, 2018
Advertisement 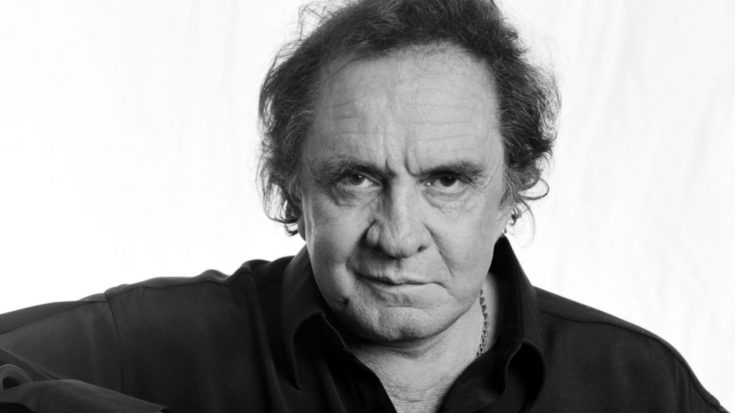 Out of all of the movies that he’s ever been in, Russell Crowe is perhaps best known for his starring role in 2000’s Gladiator. It’s a film that thrilled Johnny Cash, who saw it three times in one weekend with his wife June Carter Cash.

Since he was so impressed by the film, Cash decided to write Crowe a letter to let him know how much he enjoyed it. Crowe still has that letter today, along with a few other pieces of Cash-related memorabilia.

During an appearance on Project to talk about his upcoming auction, Crowe walked past a Grammy Award that was nestled in a glass case. It turns out that Grammy was won by Cash in 1986, along with Roy Orbison, Jerry Lee Lewis, Sam Phillips, and Chips Moman.

But that isn’t the only Grammy of Cash’s that Crowe owns. He revealed that he also has the 1968 Grammy that Cash won for his famous hit, “Folsom Prison Blues.” Then, in a bizarre twist, Crowe started telling a story about the Grammy that will leave you saying, wait, what?

So we’ll start off with the first strange snippet of the story. Despite being from completely different spheres of the entertainment industry, Crowe happens to be good friends with English pop superstar Ed Sheeran. One evening, Sheeran was hanging out with Crowe when he spotted Cash’s 1968 Grammy.

That’s when Sheeran got the brilliant idea that they should take shots out of Cash’s Grammy as a way of honoring him. Crowe was game for the idea, and the two enjoyed bourbon shots out of the cone of Cash’s award.

Of course, Crowe couldn’t help but panic once morning rolled around, as he tried to remember if he put the Grammy back in its place. Fortunately, he did.

If you thought that part of the story was wild, just wait until you hear how it ends.

After Crowe and Sheeran’s unusual toast to Cash, Crowe had to wonder if “The Man in Black” would have approved of their actions. He didn’t have to wonder for long, as he believes he saw a sign from Cash that proved he was in full support of what they did.

“I looked to the letter from Johnny Cash, I swear to you, it was glowing,” Crowe said. “Johnny was totally cool with the whole thing! He’s there in the grave, he’s going: ‘Ed Sheeran’s doing shots.‘”

If we know anything about Cash, we believe he would have been in full support of Crowe and Sheeran’s actions. After all, he was one of country music’s leading rebels!

Watch him perform “Folsom Prison Blues” in the clip below…the song that won him the Grammy that Crowe and Sheeran enjoyed shots out of!