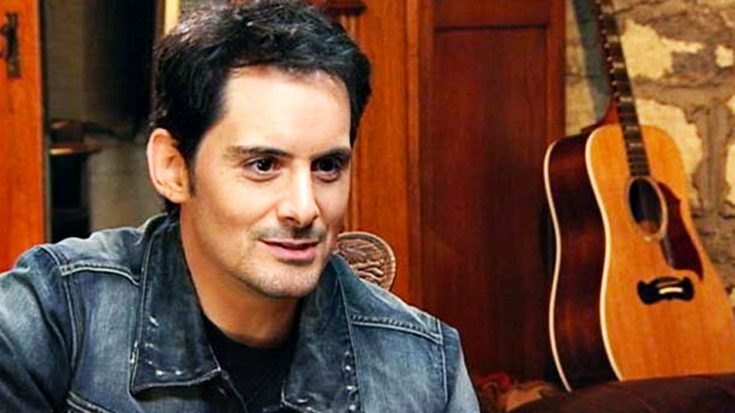 Following the outrage on social media this past weekend, country music superstar Brad Paisley has opened up and expressed his opinion on the controversy.

Quickly becoming the #1 trending topic worldwide, a recent video that showed law enforcement officers forcibly removing a man from a United Airlines flight went viral and racked up more than 400 million views in a matter of hours. As agents grappled with the man, he became caught up on the arm rest of the middle seat and then impacted onto the outer arm rest, causing his face to become bloody and seemingly knocking him unconscious.

According to various news outlets, United Airlines stated that the reason for removal was due to an “overbooked” flight and their need to seat several employee flight attendants so they could make their next assigned flight.

In this day and age, word spreads quickly with a number of celebrities and high profile individuals speaking out on the incident that many believe could have easily been avoided.

Now, in a brief statement posted to social media, country music star Brad Paisley has issued his own response to the uproar flowing across all channels of the internet.

Lining up the simplicity of avoiding the altercation, Paisley likens a plane to a country concert.

“You can’t overbook concerts,” He wrote on Twitter, adding,”…and you shouldn’t be allowed to overbook planes.”

You can’t overbook concerts, and you shouldn’t be allowed to overbook planes.

In the days and hours that have passed since the original incident, the company and its CEO have issued further statements in an attempt to clarify the situation.

One statement says that they did not intentionally overbook the plane – a practice that the airline industry has been known to do on a regular basis. Instead of overbooking the plane, what they say occurred, was an unforeseen need to accommodate crew members for their next assigned flight. Because of this, they required four seats to be vacated by paying passengers and they offered up compensation for those selected to stay behind.

What do you think of this controversy? Do you agree with Brad’s statement?

Watch the CBS This Morning report and discussion on the incident below.