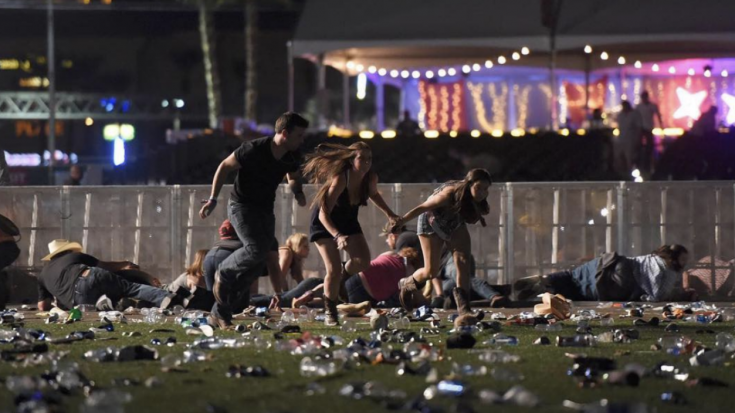 UPDATE (3:38 a.m. PDT): Las Vegas Metropolitan Police Department reports that an excess of 50 individuals are deceased and more than 200 have been injured.

UPDATE (1:40 a.m. PDT): Sheriff says at least 20 killed and more than 100 injured. The sole suspect is down. Police are searching for a woman named Marilou Danley who was traveling with him and is a person of interest.

At least one person armed with high power weapons opened fire at the Route 91 Harvest Festival in Las Vegas late Sunday night. Jason Aldean was on stage when gunfire erupted near the Mandalay Bay Casino on the Las Vegas strip.

Police sources tell local news that at least two people have been killed and two dozen more injured. Officials at the University Medical Center in Las Vegas told ABC News that it had at least 20 victims with gunshot wounds right now, with the number expected to grow. The hospital did not provide information on the victims’ conditions.

The Las Vegas Metropolitan Police Department confirmed that one suspect is down.

Jason Aldean’s team confirmed to ABC News that he is safe.

Other artists who were in Vegas for the festival took to Twitter to confirm that they are safe and asked for prayers for those who aren’t.

Praying for everyone here in Vegas. I witnessed the most unimaginable event tonight. We are okay. Others arent. Please pray.

Spent I don’t know how long on the floor of a trailer behind the stage… know multiple people are dead. Listening to that gunfire…

We are ok. But our fans and friends are not. This is the worst of humanity at work. Praying for the victims in Vegas tonight.

This is a developing story. Country Rebel will update this post as more information becomes available.

A verified GoFundMe account has been set up for the victims of the Las Vegas shooting. Click here to donate.