BREAKING! Shocking Conclusion To Season 11 Of ‘The Voice’ As New Winner Is Crowned 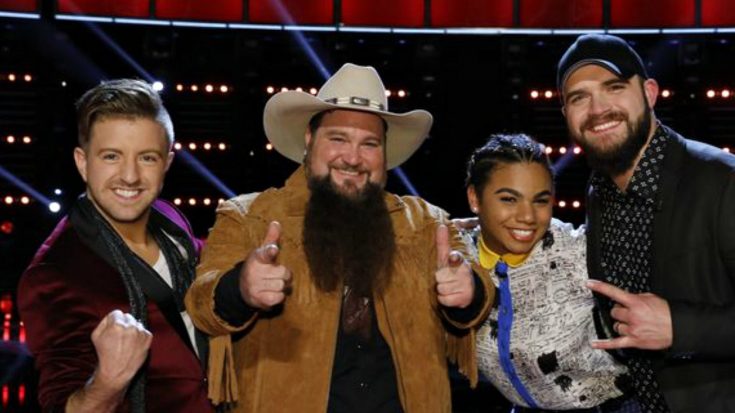 After a jam-packed performance-filled, two hour Season 11 finale of ‘The Voice’, a new champion was crowned!

Three of this season’s four coaches had contestants in the finale. Sundance Head represented Team Blake, We McDonald took the stage for first-time coach Alicia Keys, and Team Adam had two solid contestants with Josh Gallagher and Billy Gilman.

The artists took their turns on stage and were joined by some of the biggest names in the music industry. The result was some of the most dynamic collaborations on ‘The Voice’ to date. From Josh Gallagher and Cam’s cover of “Burning House” to We McDonald and John Legend’s stunning performance of “Love Me Now”, the night was everything we hoped it would be.

In a shocking announcement….Team Blake’s Sundance Head took home the season 11 crown, triumphing over the season’s frontrunner, Billy Gilman. Head, a 37-year-old Texan, brought Blake Shelton out of a four-year losing streak and gave the coach his fifth win.

Watch the winner announcement in the video below.